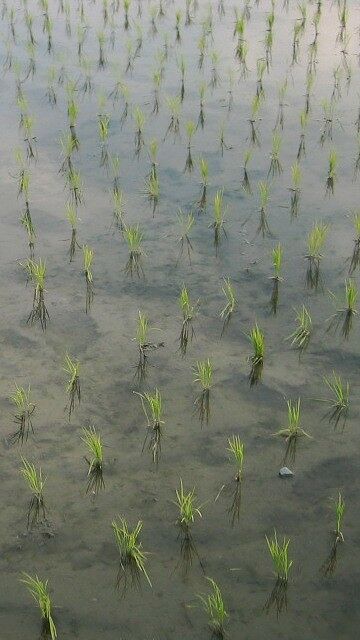 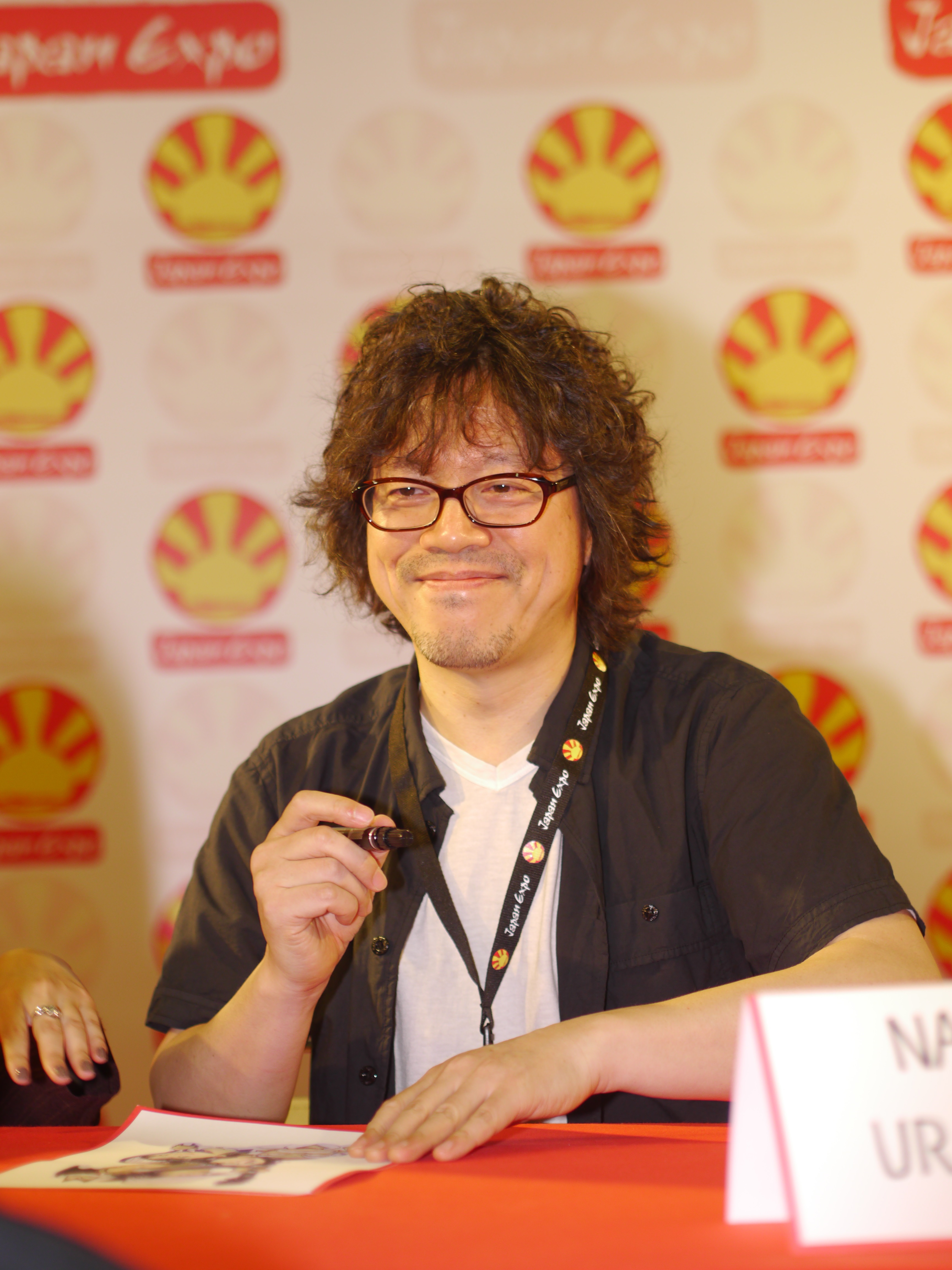 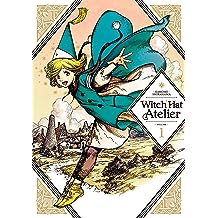 Witch Hat Atelier Vol. 1 (English Edition) 09/04/2019
Kamome Shirahama
( 582 )
R$39,90
A TOUCH OF MAGIC In a world where everyone takes wonders like magic spells and dragons for granted, Coco is a girl with a simple dream: She wants to be a witch. But everybody knows magicians are born, not made, and Coco was not born with a gift for magic. Resigned to her un-magical life, Coco is about to give up on her dream to become a witch…until the day she meets Qifrey, a mysterious, traveling magician. After secretly seeing Qifrey perform magic in a way she’s never seen before, Coco soon learns what everybody “knows” might not be the truth, and discovers that her magical dream may not be as far away as it may seem…
Leia mais
Outras edições: : Capa Comum 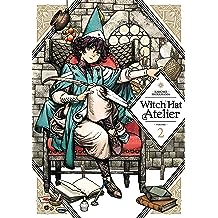 Witch Hat Atelier Vol. 2 (English Edition) 25/06/2019
Kamome Shirahama
( 419 )
R$39,90
TRIAL BY FIRE Join Coco as she continues her spellbinding journey of magic and discovery! After traveling to the mystical township of Kalhn with her new master to buy a casting wand, a strange, masked witch transports Coco and her three sister apprentices to an eerily quiet city. But they soon find out that they’re not alone, and they encounter a ferocious dragon! Do these fledgling witches have what it takes to defeat the fire-breathing beast, or will their plans and lives go up in flames?!
Leia mais
Outras edições: : Capa Comum 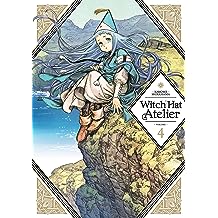 Witch Hat Atelier Vol. 4 (English Edition) 12/11/2019
Kamome Shirahama
( 342 )
R$39,90
"TWISTED PATHS Can Coco and her friends pass their most harrowing test yet? Or will the nefarious Brimmed Caps end their journey towards witch-hood?! Now that Coco has been fully accepted into Qifrey’s Atelier, it’s time for her and her colleagues to move onto the next test: The Sincerity of the Shield. Passing the test involves escorting some feathery friends to their nesting grounds, which sounds simple enough, except that the path before the young witches is a winding road filled with ancient magical traps! The test must also be completed in a group, and there’s one witch-in-training from outside of Qifrey’s atelier who doesn’t seem to have the confidence to make the cut. To top it all off, a Brimmed Cap lurks in the shadows, waiting to attack…"
Leia mais
Outras edições: : Capa Comum 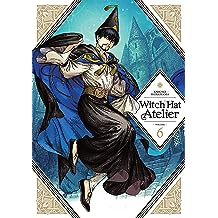 Witch Hat Atelier Vol. 6 (English Edition) 16/06/2020
Kamome Shirahama
( 438 )
R$49,89 R$49,90
Coco and her peers follow Olruggio and Luluci as they deftly ferry a wounded Qifrey to the underwater Great Hall where witches gather. To their surprise, Beldaruit of the Three Wise Ones awaits the young apprentices at the bottom of the ocean... And he's willing to offer another trial after Agott's and Richeh's was cut short. But the spells and tests of Beldaruit are as much a mystery to unfold as his past, and Coco may be the only one who can put the pieces together and close in on the startling truth...
Leia mais
Outras edições: : Capa Comum 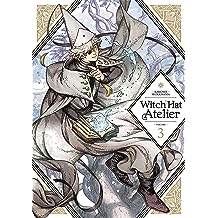 Witch Hat Atelier Vol. 3 (English Edition) 27/08/2019
Kamome Shirahama
( 329 )
R$39,90
AN INKY INVESTIGATION Cast yourself into the world of witch es as Qifrey chases after the dark mysteries of the Brimmed Caps! With some quick thinking and ingenuity, Coco and her fellow classmates use their growing magic skills to save some locals from a grim fate. But this triumph nearly turns to tragedy as the Knights Moralis threaten the young witches with severe punishment for disturbing the natural order of magic. Qifrey convinces the Knights to overlook this issue, but a peculiar happening related to this incident puts him onto the trail of the same forbidden magic that brought Coco into his atelier. This may be Qifrey’s only chance to come into contact with the Brimmed Caps, but is he in over his head to engage in this treacherous pursuit on his own?
Leia mais
Outras edições: : Capa Comum 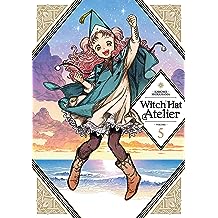 Witch Hat Atelier Vol. 5 (English Edition) 17/03/2020
Kamome Shirahama
( 298 )
R$39,90
In a world where everyone takes wonders like magic spells and dragons for granted, Coco is a girl with a simple dream: She wants to be a witch. But everybody knows magicians are born, not made, and Coco was not born with the gift for magic. She's resigned to her un-magical life, until a traveling magician passes through her village, and Coco learns what what everybody "knows" might not be the truth.
Leia mais
Outras edições: : Capa Comum 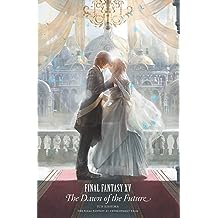 To oppose the gods or yield to fate?

That is the question confronting each of the characters in The Dawn of the Future. Ardyn, having saved countless lives from the Starscourge, means to become the Founder King of Lucis and instead is cast into tragic exile. On the day the Empire falls, as the imperial capital collapses around them, Commodore Aranea is entrusted with the life of a singular young girl. The Oracle Lunafreya, upon awakening from the slumber of death, discovers that her body has undergone an extraordinary transformation. And after gazing upon the eternal, Noctis, the True King, finally comes to terms with his destiny. Herein lie the stories of the dawning of a new world in Final Fantasy XV.
Leia mais
Outras edições: : Capa dura 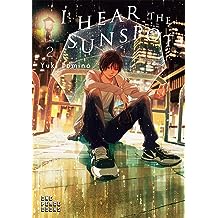 I Hear the Sunspot: Limit Volume 2 (English Edition) 17/09/2020
Yuki Fumino, Stephen Kohler
( 589 )
R$59,74
Kohei is a college student who, because of his hearing loss, tends to distance himself from others. His attitude starts to change after he crosses paths with an ever-optimistic classmate named Taichi. And over time, the two begin to develop feelings for each other. As the story continues, the pair tries to balance their budding relationship alongside Taichi’s inspiring new career and Kohei’s continued studies at school. But the harder they try to make things work, the more misunderstandings they seem to encounter.
Leia mais
Outras edições: : Capa Comum 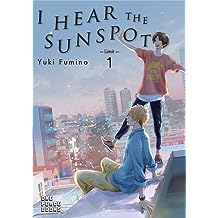 Because of a hearing disability, university student Kohei had made a habit of distancing himself from those around him. But after meeting the exceedingly cheerful Taichi, he gradually begins to embrace a more positive outlook on life. Kohei eventually begins to see Taichi as more than a friend, and after he finally confesses his love to Taichi, the feelings become mutual.

In this new addition to the I Hear the Sunspot series, Kohei continues on as a student, while Taichi makes his way out into the working world to pursue his own calling and the two begin a new life together!
Leia mais
Outras edições: : Capa Comum 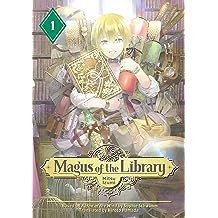 Magus of the Library Vol. 1 (English Edition) 09/07/2019
Mitsu Izumi
( 98 )
R$22,90 R$39,90
A story about a poor boy swept away by a kind library mage and the (literal) magic of reading, Magus of the Library is a beautifully-drawn, spirited fantasy adventure, like a Fullmetal Alchemist for all ages! The Magic of the Written Word In the small village of Amun lives a poor boy named Theo. Theo adores books, but because of his pointed ears and impoverished life, he isn’t allowed to use the village library. As he endures the prejudice and hatred of the village, he dreams of going where such things don’t exist: Aftzaak, City of Books. But one day, Theo chances to meet a Kafna–a librarian who works for the great library of Aftzaak–and his life changes forever…
Leia mais
Outras edições: : Capa Comum 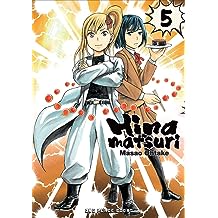 Anzu continues to enjoy an impoverished, yet delightful, life with her homeless compatriots. But when the park they all call home is slated for removal, the other residents don’t even put up a fight. They decide it’s a lost cause and prepare to move on, but Anzu acts on her own initiative, setting in motion a plan to protect her one and only “home.” 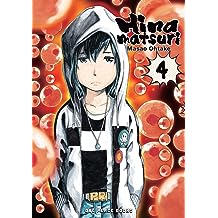 It has been some time since Hina first used her immense powers to threaten Nitta and claim a spot in his home―settling into her new life in modern Japan and spending most of her time lazing about. But now, something seems to have changed. First, Hina’s inner hard-rockin’ spirit begins to thrash out. Then, she gets herself involved in the world of shady lending. And finally, she starts . . . taking lessons in social etiquette and the arts? What on earth has gotten into this girl?!