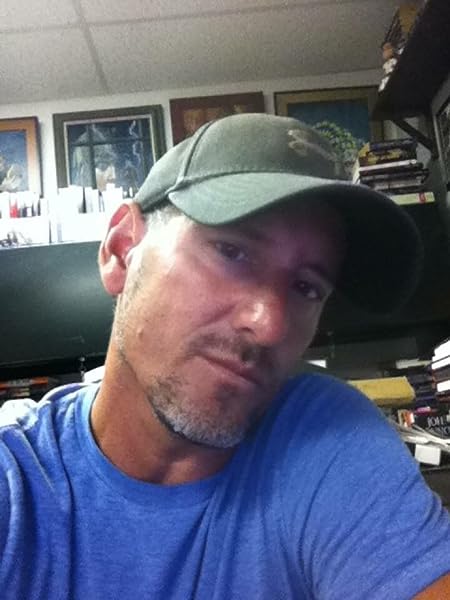 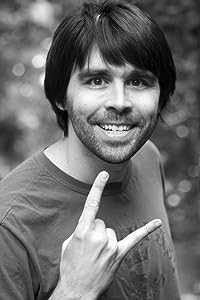 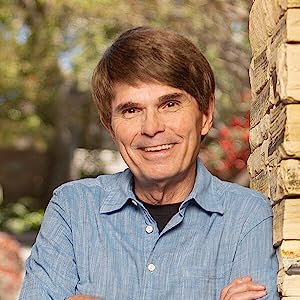 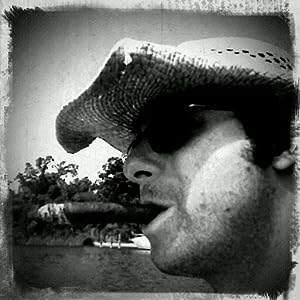 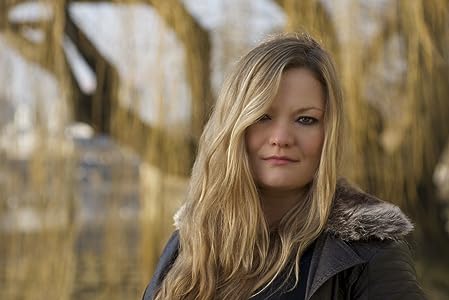 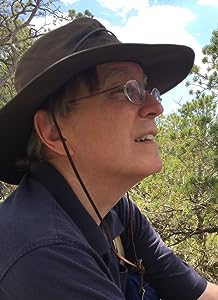 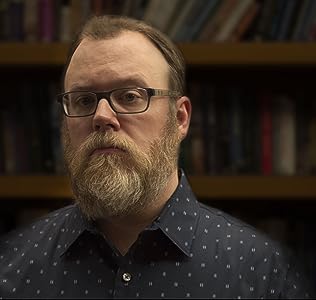 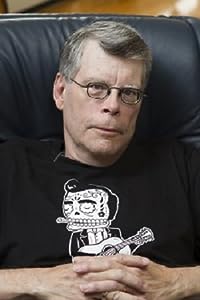 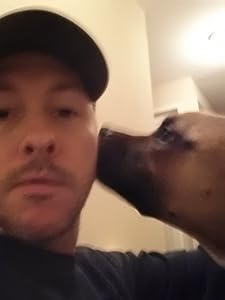 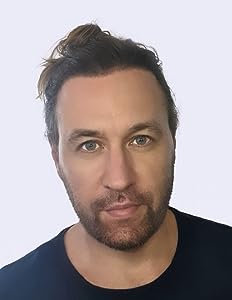 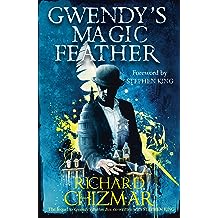 A CASTLE ROCK NOVEL WITH A FOREWORD BY STEPHEN KING

PREPARE TO RETURN AGAIN TO STEPHEN KING'S CASTLE ROCK, THE SLEEPY LITTLE TOWN BUILT ON A BEDROCK OF DEEP, DARK SECRETS, JUST AS IT'S ABOUT TO AWAKEN FROM ITS QUIET SLUMBER ONCE MORE.

Something evil has swept into the small Maine town of Castle Rock on the heels of the latest winter storm. Sheriff Norris Ridgewick and his team are desperately searching for two missing girls.

In Washington D.C., thirty-seven-year-old Gwendy Peterson couldn't be more different from the self-conscious teenaged girl who once spent a summer running up Castle Rock's Suicide Stairs. That same summer, she was entrusted - or cursed - with the extraordinary button box by a mysterious stranger in a black suit.

Gwendy has never told a soul about the box - not even her husband. But one day it shows up again. Inspired by the curious appearance of the box and the troubling disappearances in her hometown, Gwendy returns to Castle Rock, where time is running out for the girls as a dangerous man is preparing the unthinkable . . . 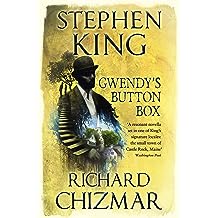 'A resonant novella set in one of King's signature locales: the small town of Castle Rock, Maine' Washington Post

The small town of CASTLE ROCK, MAINE has witnessed some strange events and unusual visitors over the years, but there is one story that has never been told...until now.

There are three ways up to Castle View from the town of Castle Rock: Route 117, Pleasant Road, and the Suicide Stairs. Every day in the summer of 1974 twelve-year-old Gwendy Peterson has taken the stairs, which are held by strong (if time-rusted) iron bolts and zig-zag up the cliffside.

At the top of the stairs, Gwendy catches her breath and listens to the shouts of the kids on the playground. From a bit farther away comes the chink of an aluminum bat hitting a baseball as the Senior League kids practice for the Labor Day charity game.

One day, a stranger calls to Gwendy: 'Hey, girl. Come on over here for a bit. We ought to palaver, you and me.'

On a bench in the shade sits a man in black jeans, a black suit coat, and a white shirt unbuttoned at the top. On his head is a small neat black hat. The time will come when Gwendy has nightmares about that hat...

Journey back to Castle Rock in this chilling new novella by Stephen King, bestselling author of The Bazaar of Bad Dreams, and Richard Chizmar, award-winning author of A Long December. 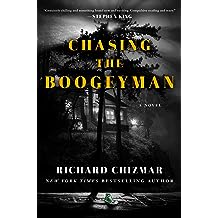 In the summer of 1988, the mutilated bodies of several missing girls begin to turn up in a small Maryland town. The grisly evidence leads police to the terrifying assumption that a serial killer is on the loose in the quiet suburb. But soon a rumor begins to spread that the evil stalking local teens is not entirely human. Law enforcement, as well as members of the FBI, are certain that the killer is a living, breathing madman—and he’s playing games with them. For a once peaceful community trapped in the depths of paranoia and suspicion, it feels like a nightmare that will never end.

Recent college graduate Richard Chizmar returns to his hometown just as a curfew is enacted and a neighborhood watch is formed. Amid preparing for his wedding and embarking on a writing career, he soon finds himself thrust into a real-life horror story. Inspired by the terrifying events, Richard writes a personal account of the serial killer’s reign of terror, unaware that these events will continue to haunt him for years to come.

A clever, terrifying, and heartrending work of metafiction, Chasing the Boogeyman is the ultimate marriage between horror fiction and true crime. Chizmar’s “dazzling work of fresh imagination and psychological insight” (Caroline Kepnes, New York Times bestselling author of You) is on full display in this truly unique novel that will haunt you long after you turn the final page.
Leia mais
Outras edições: : Capa dura , Capa Comum , CD de áudio 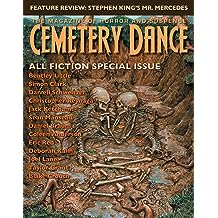 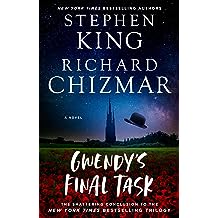 When Gwendy Peterson was twelve, a mysterious stranger named Richard Farris gave her a mysterious box for safekeeping. It offered treats and vintage coins, but it was dangerous. Pushing any of its seven colored buttons promised death and destruction. Years later, the button box entered Gwendy’s life again. A successful novelist and a rising political star, she was once again forced to deal with the temptation that box represented. Now, evil forces seek to possess the button box and it is up to Senator Gwendy Peterson to keep it from them at all costs. But where can you hide something from such powerful entities?

In Gwendy’s Final Task, “horror giants” (Publishers Weekly) Stephen King and Richard Chizmar take us on a journey from Castle Rock to another famous cursed Maine city to the MF-1 space station, where Gwendy must execute a secret mission to save the world. And, maybe, all worlds.
Leia mais
Outras edições: : Capa dura , Capa Comum , CD de áudio 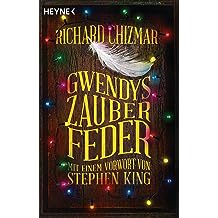 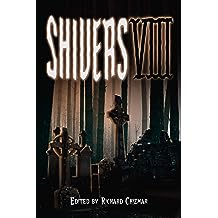 Shivers VIII (English Edition) 02/07/2019
Richard Chizmar, Stephen King, Jack Ketchum, Bentley Little, RC Matheson, Norman Prentiss, Brian James Freeman, Lisa Morton, Bev Vincent, Ray Garton
( 64 )
R$ 24,99
Cemetery Dance Publications is proud to announce the eighth entry in this award-nominated and best-selling anthology series! In addition to the affordable trade paperback edition for general readers, this volume will also be published as a signed Limited Edition hardcover and a signed and traycased Lettered Edition hardcover, both of which will signed by the editor for the collectors!

Of special note to collectors: this special anthology will include "Squad D" by Stephen King, which was originally written in the 1970s for a famous anthology that was never published, and the story itself has been locked away in Stephen King's office ever since. Now, for the first time ever, the world can read King's chilling take on the ghostly, lingering horror of the Vietnam War.

Featuring original dark fiction with a handful of rare reprints, Shivers VIII is available only from Cemetery Dance Publications.

Table of Contents:
"Squad D" by Stephen King
"Summer" by Tananarive Due
"Gamma" by Laird Barron
"Hoarder" by Kealan Patrick Burke
"The Shrieking Woman" by Bev Vincent
"A God Unknown" by Tina Callaghan
"Transfiguration" by RC Matheson
"The Blue Cat" by Keith Minnion
"Gorilla in my Room" by Jack Ketchum
"The Chair" by Bentley Little
"Eyes Like Poisoned Wells" by Ian Rogers
"Above the Buried City" by Daniel Braum
"Open Wound" by Darrell Speegle
"Spice" by David Gerrold
"Dearly Beloved" by Bruce McAllister
"Ms. Wysle and the Licorice Man" by Shane Nelson
"The Hour In Between" by Adam-Troy Castro
"Always and Forever" by Greg Kishbaugh
"Autophagy" by Ray Garton
"Sexual Exploration Is a Crime" by Alan Peter Ryan
"Lucien's Tale" by David Niall Wilson
"The Carbon Dreamer" by Jack Dann
"Red Earth" by Blu Gilliand
"A House for the Wee Ones" by Michael M. Hughes
"The Gorgon" by Lisa Morton
"The Dungeon of Count Verlock" Norman Prentiss
"Mama's Sleeping" by Brian James Freeman
Leia mais 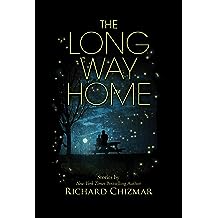 Eerie, suspenseful, poignant, the stories in The Long Way Home run the gamut from horror to suspense, crime to dark fantasy, mainstream to mystery. This brand new collection features more than 100,000 words of short fiction, as well as more than 5,000 words of autobiographical Story Notes.

Chizmar's previous short story collection, A Long December, was published in 2016 to starred reviews from Library Journal and Kirkus, and was included on numerous "Best Books of the Year" lists. Entertainment Weekly gave the book high praise: "Each tale is a magic trick, luring you toward the light while leading you down an ever-darkening path. There is hope mingled with horror, and that's Chizmar's secret power. His storytelling always beats with a huge, passionate heart." 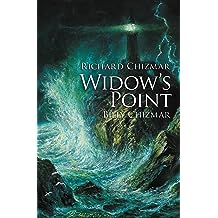 Longtime residents of Harper's Cove believe that something is wrong with the Widow's Point Lighthouse. Some say it's cursed. Others claim it's haunted.

Originally built in 1838, three workers were killed during the lighthouse's construction, including one who mysteriously plunged to his death from the catwalk. That tragic accident was never explained, and it was just the beginning of the terror. In the decades that followed, nearly two dozen additional deaths occurred in or around the lighthouse including cold-blooded murder, suicide, unexplained accidents and disappearances, the slaughter of an entire family, and the inexplicable death of a Hollywood starlet who was filming a movie on the grounds.

The lighthouse was finally shuttered tight in 1988 and a security fence was erected around the property. No one has been inside since.

Thomas Livingston is the acclaimed author of thirteen books about the supernatural and this evening he will enter the Widow's Point Lighthouse, searching for material for his next bestseller. He will be locked inside for the weekend with no way of contacting the outside world. And although no human has stepped foot inside the structure in nearly three decades, Livingston will not be alone.

In this remarkable collaboration, father and son writing team, Richard and Billy Chizmar, combine forces to tell a chilling ghost story that will make you think twice about what is waiting for you in the dark. This novella is a much-expanded version of the short story of the same title.
Leia mais
Outras edições: : Capa dura 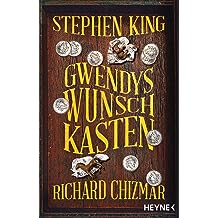 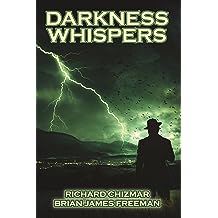 Darkness Whispers (English Edition) 15/06/2017
Richard Chizmar, Brian James Freeman
( 83 )
R$ 12,94
Darkness Whispers will introduce you to the town of Windbrook, a sleepy little community nestled deep in the secluded Skullkin Valley of western Pennsylvania. All is well in Windbrook, just like usual, just like always. Nothing changes here, nothing is different. Except... except today something is different. An old man with piercing gray eyes will arrive in town this morning. This man isn't human. Not even close. And he isn't coming alone. Death travels with him.

Richard Chizmar, award-winning author of A Long December, and Brian James Freeman, acclaimed author of The Painted Darkness, have combined forces to create an old-fashioned tale of horror, full of good and evil, with a breathtaking ending that will leave you wondering when this peculiar old man might be coming for you. 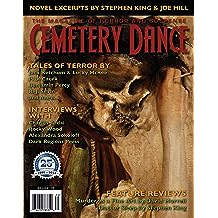 Fiction:
"An Excerpt from Doctor Sleep" by Stephen King
"An Excerpt from NOS4A2" by Joe Hill
"Squirrely Shirley" by Jack Ketchum & Lucky McKee
"The Good Wife" by P. D. Cacek
"Resolution" by Stephen Couch
"The Dummy" by Benjamin Percy
"Red Soil" by Robert Dunbar
"Are You My Mother?" by Sara Berniker
"Something of Value" by Terence Butler
"In Her Hand, a Rag, a Rope" by Ronnie Sevin