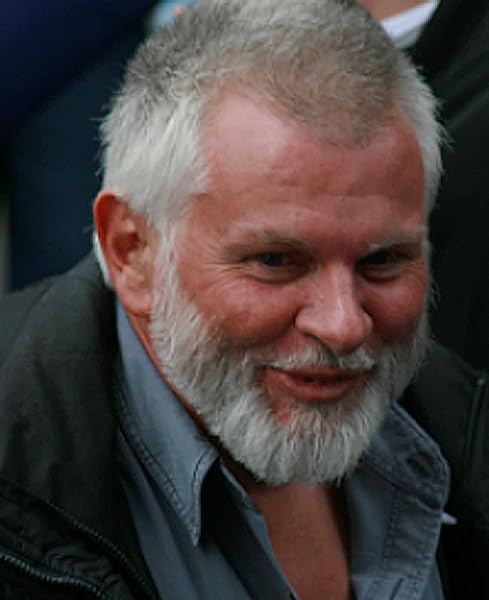 Francis Parker Yockey, herald of Western resurgence, sought to apply the philosophy of Oswald Spengler to the problems of post-1945 Europe. Yockey's 'Cultural Vitalism' provides an organic and enduring method of analysis for the life-course of Civilizations.

Yockey: A Fascist Odyssey is the first sympathetic, full-length biography of this enigmatic figure. It analyses Yockey in his historical context: a post-war Europe divided between American plutocracy and Russian Bolshevism; the Europe of scaffolds, ruined cities, and Cold War confrontations.

Drawing on FBI and other state files, hitherto unpublished archives, and numerous personal interviews with those involved, this biography introduces a wealth of new material. The Allied 'war crimes trials' and the Communist Prague trials, both of which Yockey personally observed; opinions on Yockey by Sir Oswald Mosley, Ivor Benson, Adrien Arcand, and other important thinkers; the founding and activities of Yockey's European Liberation Front; the genesis and impact of Yockey's greatest writings; profiles on Yockey's colleagues and followers; the use of psychiatry as a political weapon against dissident Rightists; the background to Yockey's arrest, trial, and suicide -- these subjects, and many more, receive unique treatment in this comprehensive biography of a political visionary.

Kerry Bolton holds doctorates in Historical Theology and Theology; Ph.D. (Hist. Th.), Th.D. as well as in other areas. He is a contributing writer for The Foreign Policy Journal, and a Fellow of the Academy of Social and Political Research in Greece. His papers and articles have been published by both scholarly and popular media, including the International Journal of Social Economics; Journal of Social, Political, and Economic Studies; Geopolitika; World Affairs; India Quarterly; and The Initiate: Journal of Traditional Studies. His work has been translated into Russian, Vietnamese, Italian, Czech, Latvian, Farsi and French. Arktos has also published his book, Revolution from Above: Manufacturing 'Dissent' in the New World Order, which deals with the secret collusion between the forces of Communism and Wall Street during the years when it was supposed that they were bitter rivals.

Francis Parker Yockey (1917-1960) was an American attorney and political philosopher best known for his neo-Spenglerian book 'Imperium: The Philosophy of History and Politics', published under the pen name Ulick Varange in 1948.

Dr. Tomislav Sunic was born in Zagreb, Croatia in 1953. He holds a doctorate in Political Science from the University of California at Santa Barbara. Dr. Sunic gives lectures around the world and has authored several other books, including Homo Americanus: Child of the Postmodern Age (2007) and Against Democracy and Equality: The European New Right (Arktos, 2011), which deal with themes articulated in Titans are in Town (Arktos, 2017). He lives in Zagreb.
Comece a ler Yockey: A Fascist Odyssey (English Edition) no seu Kindle em menos de um minuto.

Malaparte
5,0 de 5 estrelas Finally!
Avaliado nos Estados Unidos em 13 de maio de 2018
Compra verificada
For a long time, there was hardly any information concerning the life of Francis Parker Yockey. Even Coogan’s book “Dreamer of the Day” seemed lackluster to many wanting to know more about this mysterious but brilliant mind. Finally, we can all rest with ease!

Kerry Bolton, without question, laboriously dug through a lot to obtain the information presented in this biography; letters, newspapers, pamphlets, broadcasts, FBI records, and then some.

Amazingly, after reading the book, I still found Yockey to be the same mysterious man who wrote the great “Imperium”. You’ll find out a few small things that might surprise you, such as: did you know Yockey was multi-lingual, had children, a womanizer, stubborn? Or that he knew Abdel Nasser? And that’s not even close to an eighth of what you’ll find out in this book.

Yockey was as controversial then as he is now, even among the dissident Right.

Bolton does a fantastic job of not only giving us a plethora of information on Yockey’s life, his contacts, his political reputation, but also masterfully summarizing Yockey’s philosophy, sometimes even better than Yockey himself—particularly on Yockey’s views on race, which, next to imperialism, may be his most controversial to the dissident Right. Bolton writes a great length on Oswald Spengler’s influence, which I personally appreciate, being a devout Spenglerian myself—especially when Bolton delved into Culture pathology. Bolton also isn’t afraid to delve into WWII revisionism and the JQ. With Yockey, a biography wouldn’t be complete without it. Although judging by the evidence supporting the revisionist claims, I would argue it is the established history that is the real revisionism, but that’s an entire subject in and of itself, and one that many others have written extensively on.

While Bolton is the first to defend Yockey against his critics, he is more than generous in presenting the criticisms of Yockey’s politics and philosophy. Sometimes, he even seems sympathetic; but he well knows that his job to the reader is to help understand these criticisms rather than ridicule them. I respect him for that, especially these days.

Another very good section is the reaction to Imperium. For instance, there’s a German review of the book from Paul Brock that Bolton presents which is arguably the best review of Imperium I’ve ever read; better than Evola’s.

Soon afterward, Bolton talks about the various interpretations of Yockey’s philosophy, the most powerfully interesting for me being the Odinist one, even though I’m not religious or spiritual.

Something that a few may find disappointing: there are no pictures, which for a biography is unorthodox.

Regardless, this book is a big treat to Yockey fans, Spengler fans, and will intrigue those just hearing about him. In fact, I would urge you, for those planning to read Imperium, to start with this book, as it is an excellent companion. For people like me, we had to actually read Nietzsche, Spengler, Goethe, and Evola to understand him. So be thankful you now have a shortcut that doesn’t deprive you of the fundamentals.

margot
5,0 de 5 estrelas Balanced, Revelatory Biography and Historiography
Avaliado nos Estados Unidos em 21 de julho de 2018
Compra verificada
This is the first balanced biography and historiography of FP Yockey. Since Yockey's death in 1960 there have been many essays on him, but only one full-length attempt at biography (by Kevin Coogan). While that had some good parts, it was in the end an error-ridden, highly skewed, occasionally sensationalist treatment by a self-described fan of the "Frankfurt School."

I give this new book a top rating for content and the research behind it—there are a couple of decades of research in this volume—but not for the actual Kindle edition that I bought. The Kindle e-book is poorly laid-out, has many typos, and is clearly missing some intended content. There is a Notre Dame yearbook photo of FPY that the author captions near the beginning of the book, but the image itself does not appear. Nor do any other images, and this is a book that requires illustrations. E-books can quickly be revised and reissued, so I don't consider this a fatal error. By the time you read this, such mistakes may well be rectified. Perhaps there will be a lower-cost hard copy as well?

The author puts some things into historical perspective that have generally been ignored or overlooked by Yockey commentators. Yockey's fear of mental-hospital torture and lobotomy, for example: this was a serious issue in that era. Kerry Bolton digs deep into the horrors of the scenes and shows us clearly why Yockey believed he was going to be made into "an animal" and willingly took the cyanide pill.

Bolton also compares the various treatments of Yockey by American enthusiasts and propagandists on the Far Right. RP Oliver often disagreed with Yockey on details but was usually his champion on fundamentals. Wilmot Robertson, who like Yockey was vaguely associated with Fr. Coughlin's 'Social Justice' in 1939-40, never really appreciated or comprehended the philosopher when he wrote about him in his 'Instauration' magazine many years later.

Kerry Bolton also points up an aspect of FPY that completely eluded earlier writers: Yockey's philosophical roots in Catholic teaching about social justice and its suspicion of Modernism, as well as Catholic perception of culture of the West as an organic whole. Usually this last bit is interpreted as a Spenglerite retread, but seeing Yockey as merely a Spengler fan may be missing the point.
Ler mais
6 pessoas acharam isso útil
Informar abuso
Traduzir avaliação para Português

Vince
5,0 de 5 estrelas A Great Resource
Avaliado nos Estados Unidos em 20 de março de 2020
Compra verificada
To much to be said about Yockey to sum it up in one review. If you are eyeballing this book you probably already know the value of Bolton's extensive research. Worth the buy.
Ler mais
2 pessoas acharam isso útil
Informar abuso
Traduzir avaliação para Português