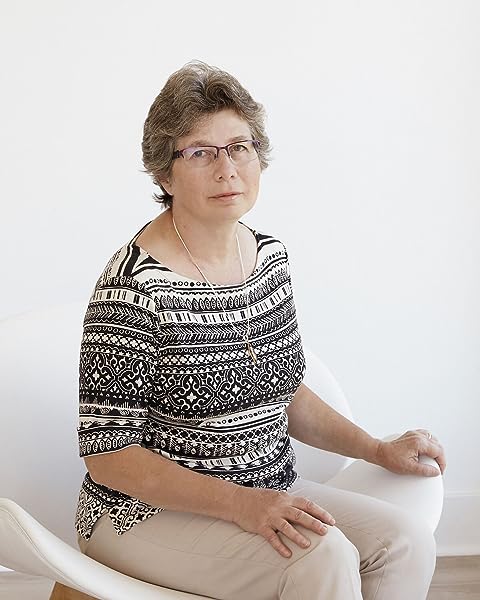 If Vasily Grossman's 1961 masterpiece, Life and Fate, had been published during his lifetime, it would have reached the world together with Pasternak's Doctor Zhivago and before Solzhenitsyn's Gulag. But Life and Fate was seized by the Russian KGB. When it emerged posthumously, decades later, it was recognized as the War and Peace of the twentieth century. Always at the epicenter of events, Grossman (1905-1964) was among the first to describe the Holocaust and the Ukrainian famine. His 1944 article The Hell of Treblinka became evidence at the Nuremberg trials. Grossman's powerful antitotalitarian works liken the Nazis' crimes against humanity with those of Stalin.

We are only now able to examine Grossman's prose, which has the everlasting quality of great art, as well as his life and legacy, which Popoff's authoritative biography illuminates.

Alexandra Popoff is the award-winning author of literary biographies, including Sophia Tolstoy: A Biography; The Wives: Women behind Russia's Literary Giants, a Wall Street Journal Best Book of 2012 in Nonfiction; and Tolstoy's False Disciple: The Untold Story of Leo Tolstoy and Vladimir Chertkov. She began her career as a journalist working in Moscow. As an Alfred Friendly Press Fellow she published her work in the Philadelphia Inquirer and its Sunday magazine. She also contributed to the Wall Street Journal, Huffington Post, Globe and Mail, National Post, and Boston Globe.

Claire Bloom, CBE, is an English film and stage actress, known for leading roles in plays such as Streetcar Named Desire, A Doll's House, and Long Day's Journey into Night, along with nearly sixty films and countless television roles, during a career spanning over six decades. She was appointed Commander of the Order of the British Empire in the 2013 Queen's birthday honors for services to drama.

Geoff Crocker
5,0 de 5 estrelas A compelling history with immense implications
Avaliado no Reino Unido em 29 de julho de 2019
Compra verificada
In this comprehensive absorbing biography of Vasily Grossman, Alexandra Popoff documents the endemic, systemic horror of the Stalinist Soviet regime. Any awareness of this history would be expected to generate a determination never to return to totalitarian government. And yet we see in contemporary Russia the suppression and regular arrest of opposition politicians, those discovered attending their weekend rallies dismissed from their jobs the following Monday, others jailed for a month for anti-government Tweets, or forced by threats to remove criticism of the government on social media. As Churchill paraphrased George Santayana, ‘those who fail to learn from history are condemned to repeat it’.
Ler mais
4 pessoas acharam isso útil
Informar abuso
Traduzir avaliação para Português

M. Beaver
4,0 de 5 estrelas Very useful
Avaliado no Reino Unido em 22 de novembro de 2019
Compra verificada
This book does what it says on the tin. It is a short but deeply researched biography of Grossman, skillfully blended with a short history of the Soviet Union at the time. Together it makes a decent sized book that provides excellent context for Grossman's writing. I read it alongside the overwhelming impact of the two great novels, the short stories and Everything Flows. As such I find it hard to assess whether it would make much sense on its own. All in all I would say that the answer is yes, it would, and that it could provide a good introduction to the author and his work as well as a step-by-step guide as you are reading the books themselves.
Ler mais
2 pessoas acharam isso útil
Informar abuso
Traduzir avaliação para Português

Saba
5,0 de 5 estrelas A compelling read
Avaliado no Canadá em 24 de outubro de 2020
Compra verificada
I bought this based on a review in The Economist. Glad I did. I did not know Grossman before; his contributions to reportage during WW2, and to Soviet literature before and after, are sadly underestimated (at least, in the West). To be humanist during that era was to court arrest and even death. For the most part, Grossman remained courageous in the face of an oppressive and all-powerful state, absorbing the loss of his mother to the Nazis will equal dignity. Popov's narrative is easy to follow and will whet the reader's appetite for Grossman's works. I look forward to starting on The Road shortly.
Ler mais
Informar abuso
Traduzir avaliação para Português
Visualizar todas as avaliações
Voltar ao início
Conheça-nos
Ganhe dinheiro conosco
Deixe-nos ajudar você
Pagamento
E não se esqueça:
© 2021-2022 Amazon.com, Inc. ou suas afiliadas