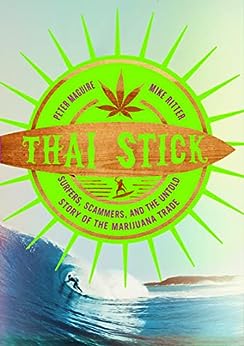 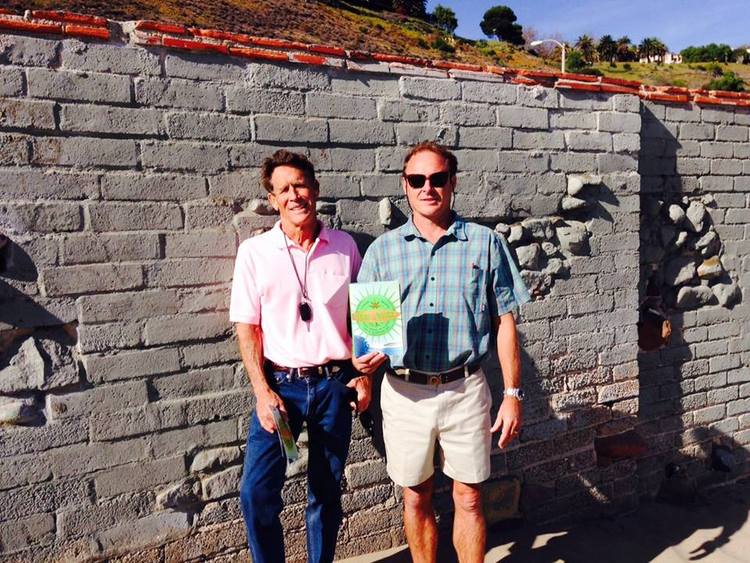 The untold history of the underground marijuana trade in Thailand—from surfers and sailors to pirates.

Located on the left bank of the Chao Phya River, Thailand’s capital, Krungthep, known as Bangkok to Westerners and “the City of Angels” to Thais, has been home to smugglers and adventurers since the late eighteenth century. During the 1970s, it became a modern Casablanca to a new generation of treasure seekers, from surfers looking to finance their endless summers to wide-eyed hippie true believers, and lethal marauders left over from the Vietnam War.

Moving a shipment of Thai sticks from northeast Thailand farms to American consumers meant navigating one of the most complex smuggling channels in the history of the drug trade. Many forget that until the mid-1970s, the vast majority of marijuana consumed in the United States was imported, and there was little to no domestic production.

Peter Maguire and Mike Ritter are the first historians to document this underground industry, the only record of its existence rooted in the fading memories of its elusive participants. Drawing on hundreds of interviews with smugglers and law enforcement agents, the authors recount the buy, delivery, voyage home, and product offload. They capture the eccentric personalities of the men and women who transformed the Thai marijuana trade from a GI cottage industry into a professionalized business moving the world's most lucrative commodities, unraveling a rare history from the smugglers’ perspective.

“Highly recommended for anyone who loves adventure, cannabis, surfing, or all of the above. It’s every single bit as heady, energetic and captivating as the title implies.”—Cannabis Now
Leia mais
Previous page
Next page

Peter Maguire is the author of Law and War and Facing Death in Cambodia. He is a historian and former war-crimes investigator whose writings have been published in the International Herald Tribune, New York Times, The Independent, Newsday, and Boston Globe. He has taught law and war theory at Columbia University and Bard College.
Mike Ritter dropped out of the University of California, Santa Cruz, in 1967 and set off on the Hippie Trail to Afghanistan and India, where he began smuggling hash and marijuana in 1968 and continued for eighteen years. He recently graduated from the University of Hawaii with an undergraduate degree in astronomy and physics.
David Farber is as a professor in the Department of History at Temple University. He received his Ph.D. from the University of Chicago and is the author or coeditor of several books, including The Rise and Fall of Modern American Conservatism and Taken Hostage: The Iran Hostage Crisis and America's First Encounter with Radical Islam. --Este texto se refere à uma edição esgotada ou disponível no momento.

kathy thomas
4,0 de 5 estrelas interesting
Avaliado no Reino Unido em 24 de março de 2016
Compra verificada
Have read a few books like this.
Although I am enjoying it's not been one of those can't put down books.
And I find it chops and changes so much it is hard to keep up.
But I would say worth a read.

Joanne
5,0 de 5 estrelas enlightening
Avaliado no Reino Unido em 21 de agosto de 2014
Compra verificada
This really opens your eyes into the surfer scammer era as well as the lengths men would go to avoid conscription. It also highlights the original laid back culture around the drug and the reasons for smuggling it. I wasn't aware of the intricacies of what occurred in the 60 and 70s and how it seems to have shaped the world today and this book does touch on so many historic moments we have all been aware of but have not necessarily learnt that much about. I really enjoyed this book and would recommend it to those who enjoy history and learning about an underground or counter culture that occurred in those times.
Ler mais
Informar abuso
Traduzir avaliação para Português