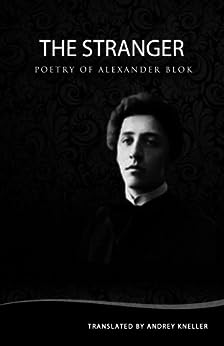 Corinne
5,0 de 5 estrelas A modern Russian poet
Avaliado no Reino Unido em 7 de setembro de 2018
Compra verificada
Moving collection of poems when Russia was going through extraordinary times. Through his poems Alexander Blok evokes the different stages of his life and his emotions are expressed beautifully with simple language making him totally relevant after more than a hundred years. His touching evocation of homeless people, poor and lower classes in turn of the century Russia resonates in our modern world. In the last poem he gives the reader a snapshot of revolutionary Russia.
Ler mais
Informar abuso
Traduzir avaliação para Português

Phil Knight
4,0 de 5 estrelas A Poetry Classic
Avaliado no Reino Unido em 17 de agosto de 2017
Compra verificada
A interesting selection of poems by a great Russian poet. My only regret is that there is not a full version of "The Twelve" which was his last great masterpiece . This epic poem was Blok's coming to terms with the Bolshevik Revolution of October 1917. The poem was highly regarded with some criticism by Leon Trotsky.
Ler mais
2 pessoas acharam isso útil
Informar abuso
Traduzir avaliação para Português

Glynn Young
5,0 de 5 estrelas A Solid Introduction to Blok's Poetry
Avaliado nos Estados Unidos em 16 de agosto de 2014
Compra verificada
In the late 19th century, “symbolism” became a major influence upon the arts. It started with Charles Baudelaire, who was strongly influenced by the writings of Edgar Allen Poe. Symbolists believed that art was all about absolute truth, which could only be expressed indirectly. And so they focused on metaphors and other symbols.

Symbolism affected fiction, poetry, painting, and music; some of the artists and writers embracing it or influenced by it were Richard Wagner, Fyodor Dostoevsky, Edvard Munch, Henrik Ibsen, Frederic Nietzsche, Paul Verlaine, and Oscar Wilde, among many others.

The Symbolists in turn influenced the next generation, including T.S. Eliot, Claude Debussy,
William Butler Yeats, Alexander Pushkin, and Boris Pasternak. In Russia, Symbolism found its primary expression in poetry, and especially in the poetry of Alexander Blok (1880-1921).

Blok was born in St. Petersburg. His father was a law professor; his mother a writer. The marriage didn’t last; Blok was raised by relatives near Moscow. His first collection of poetry, entitled “Verses About the Lady Beautiful,” was published in 1904 (and were poem written about his wife, the daughter of the chemist Dmitri Mendeleev). Other collections followed, and Blok came to be considered the finest Russian poet of the so-called Silver Age. Russian poets who paid tribute to Blok as major influences on their own poetry include Boris Pasternak, Marina Tsvetaeva, Anna Akhmatova, and Vladimir Nabokov.

Night. The city grew calm.
Behind the large window
The mood is solemn and somber,
As if a man is dying.

But there someone stands simply sad,
Troubled by his misfortune,
With an opened collar,
And looks at the stars.

“Stars, stars,
Tell me the cause of grief!”

And he looks at the stars.

“Stars, stars,
Where did such anguish come from?”

During World War I, Blok became a Communist, and spent some time as a kind of court stenographer in either the interrogations of czarist officials about government failures or those who had known Rasputin. In 1918, he published the long poem he considered to be his best work, “The Twelve.” Arrested in 1919 as a counter-revolutionary, he lost faith in the revolution, and did not publish any poetry during the last three years of his life.