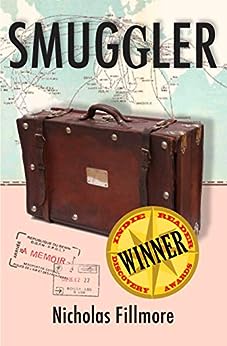 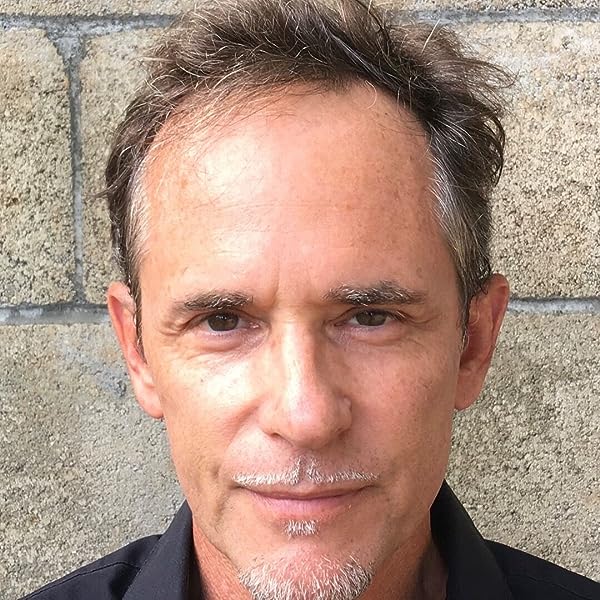 Edição Inglês por Nicholas Fillmore (Autor) Formato: eBook Kindle
Ver todos os formatos e edições
Sorry, there was a problem loading this page. Try again.
*2019 IndieReader Discovery Award Winner* When twenty-something post-grad Nick Fillmore discovers the zine he's been recruited to edit is a front for drug profits, he begins a dangerous flirtation with an international heroin smuggling conspiracy and in a matter of months finds himself on a fast ride he doesn't know how to get off of.

After a bag goes missing in an airport transit lounge he is summoned to West Africa to take a voodoo oath with Nigerian mafia. Bound to drug boss Alhaji, he returns to Europe to put the job right, but in Chicago O'Hare Customs gents "blitz" the plane and a courier is arrested.

Nicholas Fillmore is a poet, publisher, journalist and professor of English. He lives on windward Oahu with his wife, daughter and dachshunds. --Este texto se refere à edição paperback.

pat
2,0 de 5 estrelas Too much detail
Avaliado no Canadá em 31 de dezembro de 2019
Compra verificada
I didn,t enjoy this book.It went on without a real story and idn,t get me interested right from the beginning.I couldn,t finish it.
Ler mais
Informar abuso
Traduzir avaliação para Português

The best art--and those lives best lived, really--allows for the existence of inherent messiness, jagged edges, ambiguities, unexpected shifts, nonlinearity, apparent contradictions, and the universes that can exist in a moment, rather than trying to reign in everything tightly and neatly, desperately to create a sense of control, having it all battened down, for everything to Stay Still and Make Sense.

In this sense, SMUGGLER is brave as a literary work and as truth-telling about oneself and one's experience. The trouble with excessively tidy narratives in works of non-fiction is the tidier the narrative, the more linear and reductionist it's made to be. That which doesn't strictly fit within the narrative must be discarded or willfully reframed to do so, which can sacrifice essential truths. SMUGGLER provides space for those jagged lines, ambiguities, and contradictory and simultaneous realities to be and unfold, and we bear witness to that--Fillmore himself unbared in the telling.

With that said, moving past the meta-critique, SMUGGLER tells a fairly harrowing, and most definitely compelling, tale. I've not read anything like it--tho I realize some may have, since another book or two have appeared featuring some of the same characters featured in SMUGGLER, as well as a Netflix series I've also not watched. It was illuminating how relatively easy it was in the '90s to smuggle heroin internationally. Eager upper middle class late adolescents playing outlaws pulling down hella cheddar, comprising a secret gangsta "rebel" subculture, feeling themselves and their importance, while being expendable lackeys, traipsing with bags through multiple countries and continents--these mundane mechanics sitting atop an intricate complex multinational infrastructure headquartered in Nigeria. How "staff" were recruited, trained, and managed was an eye-opener, again (and maybe things have changed since the '90s) given how intentionally low-key, de-complicated, and DIY it was, very much as Nicholas' own literary arts publication venture in his "normal life" seemed to be. Guess that really was the esssence of the '90s. Simpler times...even for the heroin smuggling biz.

Fillmore is adept at revealing the life that lives within moments--there's an intimacy that lives in those close careful inspections of moments, an intimacy present throughout SMUGGLER. Fillmore does seem to be confiding in us--though not confessing--which makes it hard to set the book aside once you've picked it up, actually and in thinking about it. There are inconsistencies in tone, style, persona, and seemingly how Fillmore felt about himself and his life and doings contemporaneously and in retrospect, but that's ok, and not be be unexpected. If you want to tell the truth about something like this, it's inevitably going to be the telling of truthS--not one convenient truth. What is consistent is Fillmore's talent as a writer. He loves words, and they love him back.

Give it a whirl. I'm glad I did, and will be looking for Fillmore's next works.
Ler mais
5 pessoas acharam isso útil
Informar abuso
Traduzir avaliação para Português

Chris Tharp
4,0 de 5 estrelas Thoroughly Engaging Memoir
Avaliado nos Estados Unidos em 6 de julho de 2021
Compra verificada
This book grabbed me by the lapels out of the gate. Perhaps it's because of I'm of a similar age to the author and dabbled in the drug subculture in the 90's, but I was hooked right away and held on for the ride.

Like a lot of stories, however, the first half is more thrilling than the second, but Fillmore is a writer with some serious chops, and there were passages that floored me in their with their descriptive magic. He does, however, push into purple prose at times, where I can see the creative writing MFA clutched in one hand while he tries to dazzle the reader with the other. And while I certainly wasn't expecting any serious remorse for his crimes (I don't judge smugglers in the least, really), I was hoping for some deeper reflection on his treatment in prison and seemingly easy post-incarceration landing as an (upper?) middle class educated white dude, compared to the people from the actual streets who he spent time with in the can. Some proper introspection would have solidified this book.

It's only after reading the text that I learned he was part of the ring that inspired Orange is the New Black, which makes so much more sense, class wise, at least. And surely he could have come up with a more interesting title.

So yeah, I have some issues with "Smuggler," but I'm giving it 4 stars (3.5 if I could) because overall it's a fascinating story penned with a verve and vigor that cannot be denied. Fillmore can write, and I look forward to more of his offerings in the future.
Ler mais
1 pessoa achou isso útil
Informar abuso
Traduzir avaliação para Português

Gumby
4,0 de 5 estrelas When life gives you lemons...
Avaliado nos Estados Unidos em 11 de junho de 2019
Compra verificada
Make lemonade. And when life finds you smuggling Heroin, you write a book... and a well-written one at that. There's no doubt that Fillmore knows how to turn a phrase, compose a simile, and include the tiniest of details when describing a person or scene. This is a most compelling story, and even more astonishing in that it's true. I couldn't put it down, reading voraciously, and also looking something that I didn't find in the book: Remorse. The closest he came was the "why not diamonds?" question. I kept thinking that there'd be a chapter dropping to existential depths regarding the people's lives that were most likely lessened--or even eliminated--because of the Heroin that he helped smuggle.
Ler mais

Gumby
4,0 de 5 estrelas When life gives you lemons...
Avaliado nos Estados Unidos em 11 de junho de 2019
Make lemonade. And when life finds you smuggling Heroin, you write a book... and a well-written one at that. There's no doubt that Fillmore knows how to turn a phrase, compose a simile, and include the tiniest of details when describing a person or scene. This is a most compelling story, and even more astonishing in that it's true. I couldn't put it down, reading voraciously, and also looking something that I didn't find in the book: Remorse. The closest he came was the "why not diamonds?" question. I kept thinking that there'd be a chapter dropping to existential depths regarding the people's lives that were most likely lessened--or even eliminated--because of the Heroin that he helped smuggle.
Imagens nesta avaliação

R. New
5,0 de 5 estrelas A Masterfully Written Memoir
Avaliado nos Estados Unidos em 8 de maio de 2020
Compra verificada
One of the best books I have read in a while made all the better because it is a true story. The author describes in such elegant and vivid detail the sights, sounds, and smells, of far off places like Nigeria and Indonesia in the 90s as well as places unknown to most like MCC Prison in Chicago. The picture he is able to paint is so evocative it truly and easily allowed me to live titillatingly vicariously through him experiencing some semblance of what he was experiencing. Almost more impressive is the authors ability to communicate his thoughts and tremendous range emotions in such a relatable manner that truely delves into the psychological aspects that can cause a relatively normal person to justify smuggling drugs, the incredible hutzpah it takes to be a smuggler, the paranoia, the guilt you feel and try to justify/surpress, as well as the longing for the normalcy of a grounded simplier life. The story itself is worthy of a feature film or TV series and I highly recommend this book for your next read.
Ler mais
Informar abuso
Traduzir avaliação para Português
Visualizar todas as avaliações
Denunciar um problema
Este item inclui conteúdo inapropriado?
Denunciar
Você acredita que este item viola direitos autorais?
Denunciar
Este item contém problemas de qualidade ou formatação?
Denunciar