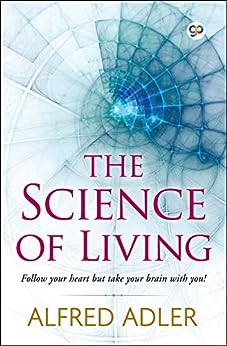 Raleigh Koch
5,0 de 5 estrelas Adler, the Eagle of Psychotherapy
Avaliado nos Estados Unidos em 6 de maio de 2013
Compra verificada
I had to make a review after reading the inaccurate review posted here prior. Adler absolutely did not live in the "Victorian era", he lived in a different country (Vienna) during a time in which all things "Victorian" were being rejected. Although Adler began developing his own non-Freudian style of therapy, his real development was as a Austrian Army medical doctor. He treated soldiers in the eastern theater of that war, and later, children that were victims of the war. One may assume that this experience had much to do with his approach on therapy. Adler is still extremely relevant today. One of the reasons he is not so famous is that he was blacklisted by Freud and his loyal followers. By the time the world of psychotherapy had grown beyond Freud, new theories were being developed and many therapies really built on Adler's work than Freud, but because Freud had kept Adler's name from receiving so much recognition, new therapist's just labeled their ideas as "non-Freudian" instead of "Adlerian". Adler's concepts are used frequently, and I might add, effectively, however it is often under the name of newer therapy models. In my opinion, Adler should be the true father of modern psychotherapy, not Freud. This book "Science of Living" should be a mandatory library addition to anyone considering counseling or therapy. Some of the modern treatments used to for combat related PTSD can easily be found in many of the concepts that Adler discusses in his model, which is not too surprising if you look at his background.
Ler mais
35 pessoas acharam isso útil
Informar abuso
Traduzir avaliação para Português

kkysl
4,0 de 5 estrelas Good and easy to read
Avaliado nos Estados Unidos em 16 de março de 2018
Compra verificada
This is a good book for every parent or parents-to-be. Although I cannot say all the author said are right, many good points were made.
Ler mais
Informar abuso
Traduzir avaliação para Português

Wayne P.
5,0 de 5 estrelas Good source document
Avaliado nos Estados Unidos em 3 de março de 2013
Compra verificada
Alfred Adler is, I believe, one of the most influential yet under appreciated and under acknowledged thinkers in the field of psychotherapy. This book gives the reader some direct access to a few of Adler's papers. It does cover, at least briefly, Adler's main concepts, complete with case illustrations. While the entire field, including those of us who follow Adler's system of psychotherapy, has changed since the Victorian days in which Adler lived and wrote and worked, the cases still serve to illustrate how Adler himself applied his thought to real situations. This is a great resource for any student of Adler who wants to read what he had to say. The down side is, this is a collection of papers. Each chapter is actually a paper that originally was intended to stand alone, so you will not find a common thought developed from chapter to chapter. Even so, I readily recommend this book. When my students want to know more about Adler, this is one of the first resources I point them to.
Ler mais
12 pessoas acharam isso útil
Informar abuso
Traduzir avaliação para Português
Visualizar todas as avaliações
Voltar ao início
Conheça-nos
Ganhe dinheiro conosco
Deixe-nos ajudá-lo
Pagamento
E não se esqueça:
© 2012-2021, Amazon.com, Inc. ou suas afiliadas