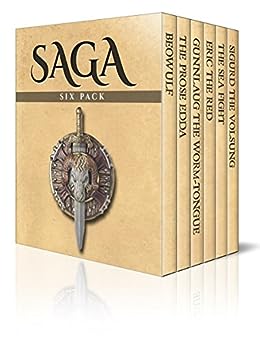 Snorri Sturluson (1179-1241) was an Icelandic historian, poet, and politician. He was elected twice as a law-speaker at the Icelandic parliament, the Althing. He was the author of the Prose Edda or Younger Edda, which consists of Gylfaginning ("the fooling of Gylfi"), a narrative of Norse mythology, the Skáldskaparmál, a book of poetic language, and the Háttatal, a list of verse forms.

William Morris (1834-1896) was an English textile designer, poet, novelist, translator, and socialist activist. Associated with the British Arts and Crafts Movement, he was a major contributor to the revival of traditional British textile arts and methods of production. His literary contributions helped to establish the modern fantasy genre, while he played a significant role in propagating the early socialist movement in Britain.

John Lesslie Hall (March 2, 1856 - February 23, 1928), also known as J. Lesslie Hall, was an American literary scholar and poet known for his translation of Beowulf. He taught English history and literature at the College of William and Mary from 1888 to 1928 and was one of the original members of the faculty which reopened the college in 1888.

Arthur Gilchrist Brodeur (1888-1971) was a scholar of early English, German, and Old Norse literature at the University of California, Berkeley. He was known primarily for his scholarly work on Beowulf and his translation of Snorri Sturluson's Prose Edda for The American-Scandinavian Foundation, but also as a writer of pulp fiction and for his left-wing politics. --Este texto se refere à uma edição esgotada ou disponível no momento.

Hypnotist 101
4,0 de 5 estrelas Evocative
Avaliado no Reino Unido em 27 de maio de 2015
Compra verificada
Looks like a lot of us read Beowulf as a school exam study, but frankly I know I was way too young to appreciate it back then, so I picked up this collection to tick off my list of 'revisits', and it turned out to be a fantastic choice. Of course, Beowulf is a remarkable and evocative piece of literature, but there's so much more in here, spanning almost a millennia of Norse folklore, gods and kings alike. Not for the faint hearted, but thoroughly worthwhile if you're looking for something a bit special. A real window into the north lands' ancient culture.
Ler mais
9 pessoas acharam isso útil
Informar abuso
Traduzir avaliação para Português