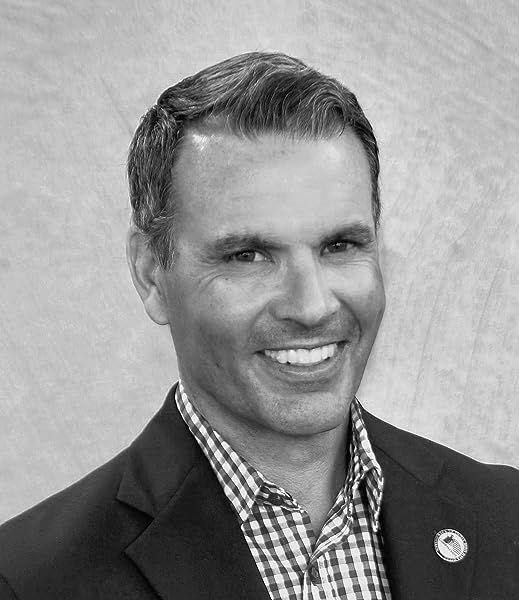 Perfectly Wounded: A Memoir about What Happens After a Miracle Capa dura – Ilustrado, 9 junho 2020

The incredible true story of former Navy SEAL Mike Day, who survived being shot twenty-seven times while deployed in Iraq.
On the night of April 6, 2007, in Iraq's Anbar Province, Senior Chief Mike Day, his team of Navy SEALs, and a group of Iraqi scouts were on the hunt for a high-level al Qaeda cell. Day was the first to enter a 12x12 room where four terrorist leaders were waiting in ambush. When the gunfight was over, he took out all four terrorists in the room, but not before being shot twenty-seven times and hit with grenade shrapnel. Miraculously, Day cleared the rest of the house and rescued six women and children before walking out on his own to an awaiting helicopter, which flew him to safety.
While in the hospital, the Navy SEAL lost fifty-five pounds in two weeks. It took almost two years for Day to physically recover from his injuries, although he still deals with pain. Like so many veterans, doctors diagnosed Day with Post Traumatic Stress Disorder and Traumatic Brain Injury -- the invisible wounds of war.
Perfectly Wounded is the remarkable story of an American hero whose incredible survival defies explanation, and whose blessed life of service continues in the face of unimaginable odds.
Leia mais
Previous page
Next page

Senior Chief Petty Officer Mike Day proudly served twenty-one years and three months as a U.S. Navy SEAL. His military awards include the Navy Cross; two Bronze Stars, one with Valor; a Purple Heart; and a number of other accommodations. Day continues to lead and train other military Special Operations personnel and law enforcement professionals as a tactical training instructor. He is the founder of Warrior Tribe, a non-profit organization that provides resiliency programming for young people, veterans, and trauma survivors. Robert Vera's first book, A Warrior's Faith, became a best-seller and earned the publishing industry's 2016 Illumination Silver Medal Award for Best Memoir. Prior to his writing career, he worked as a staff assistant to United States Senator Edward M. Kennedy, where he managed military and veteran constituent services and later became an investment banker. He is married with children and lives in Phoenix, Arizona, where he works as a professional author and speaker.
Comece a ler Perfectly Wounded no seu Kindle em menos de um minuto.

Serenity...
5,0 de 5 estrelas ~~Honor/Strength/Commitment/Resilience~~
Avaliado nos Estados Unidos em 9 de junho de 2020
Compra verificada
This is an outstanding memoir which covers Mike Day's life from his early childhood up to more recent times.. It is an all encompassing book about trials, tribulations, and overcoming so many obstacles throughout the course of both his career in the USN and after he was shot.

Perfectly Wounded...just imagine being shot 27 times and also having a grenade tossed at you...all in the space of a few minutes...And, the miracle of surviving that many shots...The explanation in the memoir gives the reader how this was possible from the medical point of view Incredible to say the very least.

It covers his early life, and traumatic to say the least, and also his boot camp , BUDs training, his tours of duty with several SEAL teams, and other duty stations while on active duty. Lots of territory within these pages and the BUDs training is explained in great detail, as well.

His wife, Brenda was indeed such a wonderful part of his life after being severely injured.. Try to imagine, checking yourself out of Bethesda after 16 days and going home...the estimate was a stay of 3 months. Talk about intestinal fortitude...

As he explains in his memoir, the greatest accomplishment in his life was after he was discharged from the USN. He worked at Special Operations Command as a case manager and was involved with battling the bureaucracy at the VA. This job was more like that of a social worker which involved case coalition with those wounded and were recovering...The story of Holly, the Independent Duty Corpsman, will tear at your heartstrings.

He has a nonprofit organization which helps wounded warriors. It is stressed in his memoir that PTSD and depression should not be treated as stigmas.

Just an all encompassing read which covers so many details of his life...All of which contributed to make him the man that he has become.

I am both honored and proud to call Mike Day my Brother as a Chief Petty Officer. Most humbling to me...

BZ and Hooyah. Thank you for writing this most personal account of your life.

Scott A. Huesing
5,0 de 5 estrelas INSPIRING MEMOIR
Avaliado nos Estados Unidos em 9 de junho de 2020
Compra verificada
A MUST READ. This is a memoir that goes beyond war – one that shares a story of awe-inspiring resiliency, courage, healing, and love on a thousand levels. A deeply heartrending story, punctuated with moments of sheer terror, one that defines the ethos of every warrior who has fought for their country.

Brenda N
5,0 de 5 estrelas 10 Star Review!
Avaliado nos Estados Unidos em 10 de junho de 2020
Compra verificada
This book is an incredible read! After the first few pages and I was completely hooked. I read the whole book in one sitting...I just couldn't put it down. It's raw, real, and you honestly cannot wait to turn the next page. I couldn't get enough of Mike's story. I wish the book wouldn't end. I could keep on reading.
Ler mais

5,0 de 5 estrelas 10 Star Review!
Avaliado nos Estados Unidos em 10 de junho de 2020
This book is an incredible read! After the first few pages and I was completely hooked. I read the whole book in one sitting...I just couldn't put it down. It's raw, real, and you honestly cannot wait to turn the next page. I couldn't get enough of Mike's story. I wish the book wouldn't end. I could keep on reading.
Imagens nesta avaliação

Junior Clouseau
5,0 de 5 estrelas ABSOLUTELY AMAZING TRUE STORY!
Avaliado nos Estados Unidos em 29 de julho de 2020
Compra verificada
As a fanatical admirer of Navy SEALs and their UNBELIEVABLE devotion to duty and to their SEAL Teammates, I try to read everything I can get my hands on written either by or about SEALs and I've read a bunch. However, I somehow missed this one. This guy was involved in a ferocious firefight in Iraq when he was shot an astonishing 27 times. He lost consciousness, but when he awoke, he somehow saw to the safety of the rest of his team and still managed to walk to the Medevac helicopter that flew him out. After that, he was in a desperate fight to stay alive, including flatlining several times before the chopper landed. This book is an absolute MUST READ!
Ler mais
13 pessoas acharam isso útil
Informar abuso
Traduzir avaliação para Português