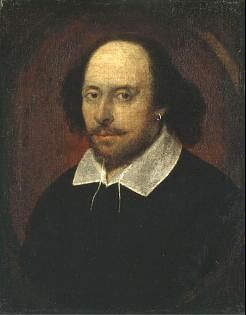 William Shakespeare was born in April 1564 in the town of Stratford-upon-Avon, on England's Avon River. When he was eighteen, he married Anne Hathaway. The couple had three children--an older daughter Susanna and twins, Judith and Hamnet. Hamnet, Shakespeare's only son, died in childhood. The bulk of Shakespeare's working life was spent in the theater world of London, where he established himself professionally by the early 1590s. He enjoyed success not only as a playwright and poet, but also as an actor and shareholder in an acting company. Although some think that sometime between 1610 and 1613 Shakespeare retired from the theater and returned home to Stratford, where he died in 1616, others believe that he may have continued to work in London until close to his death.

James A D Lofthouse
1,0 de 5 estrelas Where to start?
Avaliado no Reino Unido em 12 de novembro de 2018
Compra verificada
As my daughter is studying Othello for A Level, what I wanted was the new Arden edition of Othello, in Hardback. So that's what I selected. To be entirely fair, the picture that came up was different, but that's not uncommon, so I ordered it. What arrived was indeed the product in the picture, certainly Othello by William Shakespeare, and in hardback. Where it fell down slightly was in being neither the Arden edition, nor in English. I don't doubt that translating Othello into German is a great achievement, but as she is studying it in English, it's somewhat less useful than the Arden edition. So I asked for a replacement, explaining carefully that this product was incorrectly linked and that I wanted the Arden edition. The helpful customer service lady assured me that she understood and would send the correct version. Two days later the replacement copy arrived. In hardback. And still in German. So, should you want Othello translated into German, this is the edition you want. Probably. If, however, you seek the new Arden edition, or indeed any edition of Shakespeare's original script in English, you may want to look elsewhere.
Ler mais
25 pessoas acharam isso útil
Informar abuso
Traduzir avaliação para Português

QUALITYCOUNTS
1,0 de 5 estrelas THIS IS GERMAN NOT ENGLISH!
Avaliado no Reino Unido em 1 de setembro de 2020
Compra verificada
I had no problem in accidentally ordering 2 copies. It's a classic and the extra copy is bound to come in handy. What I did object to is that it appears to be an English version and nowhere in the description does the seller highlight that it isn't. Indeed when you click "look inside" it's the English version. Only now having checked repeatedly, I see that if you scroll way down the page (where most people do not scroll to) do you see in the small print that it's German.

Liv Marshall
5,0 de 5 estrelas Brilliant for students!!
Avaliado no Reino Unido em 7 de outubro de 2021
Compra verificada
I had an Oxford Shakespeare copy of Romeo and Juliet for my gcse years and the little summaries of context surrounding old English words and phrases helps massively. It means you have room to take notes on connotations and make implicit annotations instead of writing loads about context in order to help your understanding of the play and not having any room for actual ideas. These copies of Shakespeare plays really help grasp the concept of the play very easily and give brilliant insights into context as well as including summaries of scenes to help consolidate info. I wish every book written pre 1800 was written in this form! So helpful!
Ler mais
Informar abuso
Traduzir avaliação para Português

David Bisset
5,0 de 5 estrelas Excellent edition of Othello
Avaliado no Reino Unido em 20 de fevereiro de 2020
Compra verificada
Othello is one of the greatest of Shakespeare's plays. Reading is no substitute for a live performance, but it certainly permits close study of the text. The Penguin edition has detailed notes and outstanding critical and performance analysis. The language of the playwright's maturity is magnificent.
Ler mais
Informar abuso
Traduzir avaliação para Português