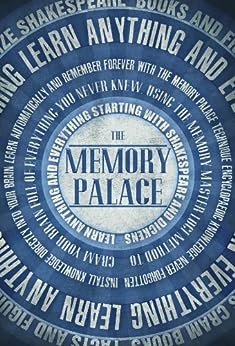 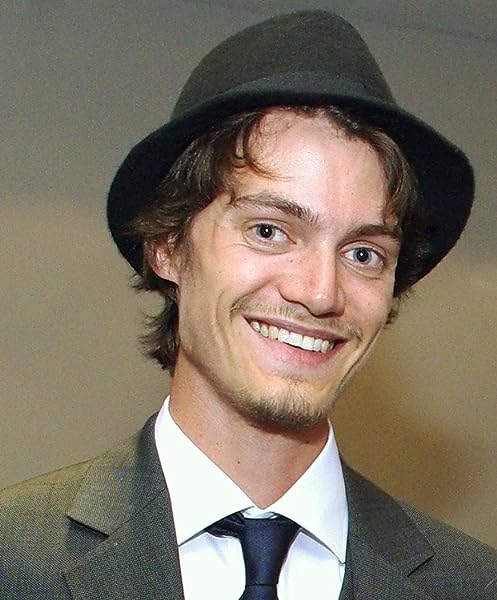 Kindle Customer
5,0 de 5 estrelas nice techniques
Avaliado no Brasil em 20 de fevereiro de 2019
once you get your place its hard to forget.
you just need to take some time to best organize stuff on your palace

Amazon Customer
5,0 de 5 estrelas amazing
Avaliado no Brasil em 16 de março de 2014
It really teachs you how to train your memory! It is a fantastic book that must be read by everyone!
Ler mais
Útil
Informar abuso
Traduzir avaliação para Português
Visualizar todas as avaliações

Debbers
5,0 de 5 estrelas If you are interested enough to be looking at this review, you'd be a fool not to buy and read this book.
Avaliado no Reino Unido em 8 de julho de 2015
Compra verificada
I heard about this book from a TED talk so with healthy scepticism I bought and read the book. The TED talk said that by memorising a 'frame' of a subject (in this case Shakespeare's plays, in order) you are drawn to learn more and can do so quickly and easily because you have the frame to build upon.

After reading the book I did actually end up becoming fascinated with Shakespeare. I've watched films based on his plays, bought books, gone to the Shakespeare Globe and even bought more tickets to see another. This all from a girl who absolutely detested English at school and originally had no desire to learn about Shakespeare, just the memory technique.

Regarding the technique itself it really does work and is transferable. I'm now working on memorising all of Asia's countries and their capitals, so am preparing to become a little obsessed with those too.

This book is so cheap, and so fast to read (about 90 mins front to back, with pauses) that I'm amazed that it isn't being read more widely. I'm recommending it to all of my friends; the only trouble is that my new ability to list Shakespeare's plays or Asia's countries and their capitals isn't something that inspires others - how frustrating!
Ler mais
2 pessoas acharam isso útil
Informar abuso
Traduzir avaliação para Português

AddictedMonster
5,0 de 5 estrelas Interesting read
Avaliado no Reino Unido em 31 de agosto de 2016
Compra verificada
Whilst studying for weeks to realise I was forgetting half of what I spent hours learning, I sought out to learn new ways of retaining information I had learnt.
I stumbled upon this book in the amazon kindle marketplace and for the price thought it was worth a read.
Needless to say the book was very insightful in helping to train my imagination in a way to relate incoming information to the things and locations I already know and create a journey which is a real struggle to forget.
To put this to the test the author has you go through a pre made story in which you piece all 37 shakespearean play along it with the setting being a location or journey you know well.
It's been a months since reading the book and I still remember them all.
Ler mais
5 pessoas acharam isso útil
Informar abuso
Traduzir avaliação para Português

Vincent Price
5,0 de 5 estrelas Touch of the Subliminal
Avaliado no Reino Unido em 4 de junho de 2013
Compra verificada
The techniques suggested in the book are good if you find remembering lists useful or satisfying. Personally I am not interested in the sequential order of the works of Shakespeare or Dickens, and the imagery used was often crude and a bit offensive, a big arse for example as an aide memoire for " Corialanus"...get it? A question Mr Smile asks more than once. His style of writing is very rushed and reminds me of a performing hypnotist and magician which is how I visualised him together with a big false smile. Other examples are representations of Ann Hathaway the actress as Ann Hathaway Shakespeare's wife ( yes folks that was the name of Shakespeare's wife...confides the author...indicating that this type of knowledge is purely for impressing people and has no depth), sitting on a bus with Shakespeare who is eating a McDonalds hamberger....not Hamlet I would like to advise you which is visualised as a flying pig, but Macbeth...Mc= Mac....geddit?

The images too are culturally specific so you need to know about American filmstars and politicians past and present to get the visual and verbal connections. For example what do you think a three headed Richard Nixon may represent? Of course " Richard the Third". A two headed Richard Gere...not going to even tell you that one. My personal favourite was a rapidly aging John Travolta represnting the suitably obscure " Life and Death of King John". In fact I remember all of them. Which suggests it works!!!!
Ler mais
3 pessoas acharam isso útil
Informar abuso
Traduzir avaliação para Português

angryoldgit
5,0 de 5 estrelas This is great.
Avaliado no Reino Unido em 26 de março de 2014
Compra verificada
Within a couple of days I can list most of Shakespear's plays in the order they were wrtten, and I'm 70 plus.

Mike Stevenson
5,0 de 5 estrelas Great Technique, Great Value
Avaliado no Reino Unido em 23 de janeiro de 2014
Compra verificada
After 15-20 minutes reading this in the gym today, I have now totally memorized all of Shakespeare's plays. I can reel them off in order, I can reel them off in reverse order. I can start the list at any point, if you pick one I can tell you what came before, and what came after. Obviously this isn't anything to do with me being particularly smart - it's because I did precisely what the author suggests (with only a few minor alterations to the route). It's an amazing technique, and while the example might seem trite, once you've nailed this you can apply it to practically anything. It's not going to suddenly make you into a savant, but for a couple of pounds you learn a very important tool to put into your toolbox. I'm planning to use it to pass a Latin exam this year - fingers crossed :)
Ler mais
2 pessoas acharam isso útil
Informar abuso
Traduzir avaliação para Português
Visualizar todas as avaliações
Voltar ao início
Conheça-nos
Ganhe dinheiro conosco
Deixe-nos ajudá-lo
Pagamento
E não se esqueça:
© 2012-2021, Amazon.com, Inc. ou suas afiliadas