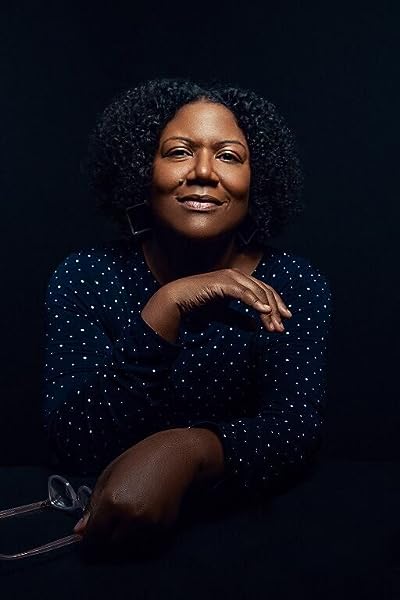 ONE OF BARACK OBAMA'S FAVORITE BOOKS OF 2021

Epic.... I was just enraptured by the lineage and the story of this modern African-American family.... A combination of historical and modern story--I've never read anything quite like it. It just consumed me. --Oprah Winfrey, Oprah Book Club Pick

The 2020 NAACP Image Award-winning poet makes her fiction debut with this National Book Award-longlisted, magisterial epic--an intimate yet sweeping novel with all the luminescence and force of Homegoing; Sing, Unburied, Sing; and The Water Dancer--that chronicles the journey of one American family, from the centuries of the colonial slave trade through the Civil War to our own tumultuous era.

The great scholar, W. E. B. Du Bois, once wrote about the Problem of race in America, and what he called "Double Consciousness," a sensitivity that every African American possesses in order to survive. Since childhood, Ailey Pearl Garfield has understood Du Bois's words all too well. Bearing the names of two formidable Black Americans--the revered choreographer Alvin Ailey and her great grandmother Pearl, the descendant of enslaved Georgians and tenant farmers--Ailey carries Du Bois's Problem on her shoulders.

Ailey is reared in the north in the City but spends summers in the small Georgia town of Chicasetta, where her mother's family has lived since their ancestors arrived from Africa in bondage. From an early age, Ailey fights a battle for belonging that's made all the more difficult by a hovering trauma, as well as the whispers of women--her mother, Belle, her sister, Lydia, and a maternal line reaching back two centuries--that urge Ailey to succeed in their stead.

To come to terms with her own identity, Ailey embarks on a journey through her family's past, uncovering the shocking tales of generations of ancestors--Indigenous, Black, and white--in the deep South. In doing so Ailey must learn to embrace her full heritage, a legacy of oppression and resistance, bondage and independence, cruelty and resilience that is the story--and the song--of America itself.

Honorée Fanonne Jeffers is a fiction writer, poet, and essayist. She is the author of five poetry collections, including the 2020 collection The Age of Phillis, which won the NAACP Image Award for Outstanding Literary Work in Poetry and the Lenore Marshall Poetry Prize, was longlisted for the National Book Award for Poetry, and was a finalist for the PEN/Voelcker Award, the George Washington Prize, and the Los Angeles Times Book Prize. She was a contributor to The Fire This Time: A New Generation Speaks About Race, edited by Jesmyn Ward, and has been published in the Kenyon Review, Iowa Review, and other literary publications. Jeffers was elected into the American Antiquarian Society, whose members include fourteen U.S. presidents, and is Critic at Large for Kenyon Review. She teaches creative writing and literature at University of Oklahoma. The Love Songs of W. E. B. Du Bois is her first novel and was a New York Times bestseller, longlisted for the National Book Award, shortlisted for the Center for Fiction First Novel Prize, a Finalist for the Kirkus Prize for Fiction, longlisted for the Aspen Words Literary Prize, and an Oprah Book Club Pick.

O. Merce Brown
5,0 de 5 estrelas Re: Book Quality and Deckle Edge, Answering Numerous Reports of Problems UPDATED w/REVIEW
Avaliado nos Estados Unidos em 27 de agosto de 2021
Compra verificada
*****
I have just begun to read this book today--when it arrived--and wanted to address the quality of the book and the deckle edge. Many people are "reviewing" this wonderful novel by rating it low and complaining about "the poor quality" of the book and the paper, stating that they've never seen anything like it before.

The book is simply produced with a "deckle edge", which is a rough, untidy, rugged edge. Many books, both hardback and paperback, of today and of years ago, are made with this type of page edge on the right and left edges of the book. I am guessing that the critics have not seen this before. It is not the prettiest deckle, as I think it is a little tiny bit rough, but if so many people hadn't complained, I'd never have noticed it. It looks like it was intended to be that way. I personally love a deckle edge like this.

The paper quality is wonderful and doesn't feather or bleed through when highlighted or underlined in regular ballpoint pen.

I do think that it is as nice as any other hardback I've purchased, and not defective or inferior!

I have only begun to read this, and will edit this "review" with an actual review of the novel later when I finish it. I just didn't think it fair to this marvelously talented author that people look at the reviews (of which there are 14 as of the time of this writing) and see extremely low reviews--when there are just simply quite a few people unfamiliar with both deckle edges and the evaluation of paper quality!

Also, all of the pagination seems fine. It appears that some people are believing that they are experiencing rather strange problems. This appears to me to be a fine hardback book, and actually quite a good value considering the number of pages and the quality of the writing so far.

*****
The first thing I want to recommend about this book is that people purchase the hardback version. The reason is that in the process of learning about all of the characters here, the reader keeps referring back to the genealogy of the ancestors in the front of the book. So many times. I know this sounds like a huge hassle, but it is NOT—it is a part of understanding a whole community of ancestors, and it is necessary to really understand the many, many facets of their story.

Also I looked back again and again at the chapters in the table of contents that were flashbacks in time for reference. Of course you can do this with an e-reader but it is much more cumbersome. This is a precious story, one that I will read and re-read, and it is one that I keep notes in and want to refer back to. I know that this can be done as well with a Kindle, but it is different, and I strongly prefer a physical hardback book. Think of your favorite book ever, and if you want that to be in a hardback form, you want this one to be the same.

I read this book in ten days and it was a beautiful adventure, one that I wished would never end. It is the story of not just of a woman (though it is that too), but the story of a people—all of the main character’s ancestors too. All those who came before her. The main character’s story cannot be understood apart from them. In reading this story, I came to experience this in a very profound way—how we are all connected to those who came before us, and how they all are a very real part of us now. Of course, I would have said that I recognized this before I read the book, but now I understand this in a really visceral way as well.

This book is a portal into seeing a part of a people’s experience that I could not experience any other way. Not just African Americans, but Native Americans and White people too, in a way that is raw and real and impactful, because of the pain, cruelty, humanness, kindness, and familial love that permeates this novel.

I want to give a trigger warning as this book reflects the reality of harsh living in the early part of our country’s history, including stories of abuse and violations of all types. None of it is gratuitous though, and much of the details are left to the imagination, expressed as people of that time would if they were sharing it with others.

The novel takes place for the most part in Chicasetta, Georgia, and follows many generations of the people who lived there. It is inclusive in that it enables the readers to witness the thoughts, decisions, and justifications of many loving actions and even more horrendous and grotesque actions. In other words, it is a human experience for this time in history. I felt like I entered into a place that would be closed off to me because of time, race, and geography. I felt privileged to hear these precious stories. Even though this is fiction, I do think that the stories are familiar and common to so many families of that time. And to those alive now, too.

I just finished now this book and am so sad to leave these characters behind. I cannot imagine anyone regretting purchasing this book, and investing hours in reading it, gaining the privilege of participating in a world view that this so comprehensive that they’d never be invited it into otherwise. I feel like I’ve had a vital glimpse into what Black people and Native Americans have experienced, and White people too—one that I could gain in no other way.

Highest recommendation, one of my favorite books, ever.
*****

a.khare
5,0 de 5 estrelas A Sweeping Epic
Avaliado na Índia em 23 de setembro de 2021
Compra verificada
Books with a hefty page count have a very daunting task. They have to be brilliant and keep your undivided attention or be mediocre. Jeffers manages to keep you engaged page after page with her beautifully written characters. This is historical fiction at its best. The impact of the brutal exploitation of the native Indians and the black people on the mindsets of the current generation is well documented. It is not a easy task to write a synopsis of this book as there are several characters. At times it got confusing for me and I had to keep going to and fro between the pages. Though the cast of characters is giving before the first chapter I would suggest making your own notes or chart them out according to your sensibilities.
Do not be daunted by its size, take a deep breath and dive in!
Ler mais
Informar abuso
Traduzir avaliação para Português

Jane Sujer
5,0 de 5 estrelas Excellent book re: black and indigenous people!
Avaliado no Canadá em 16 de outubro de 2021
Compra verificada
Showed the historical aspect of the white man taking from the Indigenous people and their treatment of African Americans. Also the importance of the colour of one's skin! Excellently tied the past to the present through flashback chapters!
Ler mais
Informar abuso
Traduzir avaliação para Português