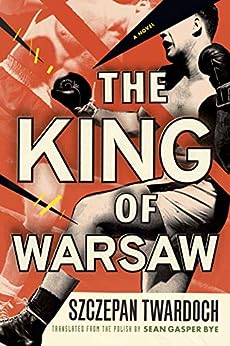 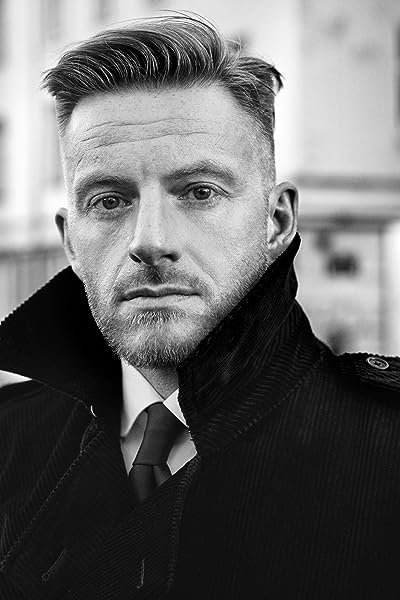 The King of Warsaw: A Novel (English Edition) eBook Kindle

Szczepan Twardoch is the author of the bestselling novels Morphine, Drach, and The King of Warsaw. He is the recipient of numerous honors for his work, including the Brücke Berlin Preis, Le Prix du Livre Européen, and Nike Literary Award: Audience Award. Rights to his novels have been sold in over a dozen countries. The King of Warsaw is the first of his books to be translated into English. A TV series based on the novel is being produced by Canal+. He lives in Pilchowice, Upper Silesia. For more information, visit www.szczepantwardoch.pl/en/home.

William Fenelon Bandeira Araujo
3,0 de 5 estrelas Too humane, not in a good way though...
Avaliado no Brasil em 14 de maio de 2021
Compra verificada
The book is good, it can hook you up, but it is way too visceral, way too dirty, there are a lot of moments that can make even the "not prude" feel heavily unconfortable. It is a nice book, but... I would not read it twice, considering that most of these dirty moments seemed to be only included for simple shocking value and nothing else.
Ler mais
Útil
Informar abuso
Traduzir avaliação para Português

M. Dowden
5,0 de 5 estrelas Brilliant
Avaliado no Reino Unido em 8 de junho de 2020
Compra verificada
At last in English translation we have this brilliant book by award winning Polish author Szczepan Twardoch. This was a big hit in the author’s home country and is sure to be elsewhere as well. As a man sits in Tel Aviv, so he is writing his memoirs and is looking back fifty years to 1937 and Warsaw. I should point out that one reviewer here is saying that this has magical realism and surrealism, which if you do not particularly like the sound of then I can assure you is completely erroneous. There is definitely no magical realism here, and the surrealism that we come across can be explained away as symbolism and allegory.

Soon after we start this we can see that our narrator is unreliable, and he even tells us that his memory may not be that great looking back to events fifty years before. An historical crime noir novel so this takes us into the dark underbelly of Warsaw, and as we can see quite clearly here Poland itself is in the grips of populist nationalism and we can see the damage it is doing to the nation, making this relevant to our modern world as we can see our own country, America and also some other countries starting to be torn apart by bigotry, racism and other fears, all of which will later in a couple of years with the Nazi invasion end here on a certain level.

We are told that our narrator is Mojżesz Bernsztajn, who is only seventeen when this starts and his dad has been killed by the boxer he is watching, who is Jewish and at the start of this is fighting another Polish boxer, one who is a Gentile, at an event with Jews fighting Christian Poles. From there we hear about how Bernsztajn’s father was killed, and what for, and also how the young lad becomes enthralled by Jakub Szapiro, the boxer. Being taken on by Jakub so he finds himself working for the gangster Jan ‘Buddy’ Kaplica, a man that all in the city know of, and is somewhat of a hero despite his criminal activities. We thus find ourselves thrown into the gangster underworld with rackets going on, drugs and prostitution, plus politics, all in the maelstrom of Thirties Warsaw.

With fully realised characters and situations so we somewhat find ourselves revelling in this dark seedy world, and actually growing to like the people who inhabit it, despite their peccadilloes and proclivities. With things not that easy making a dishonest buck so things are that bit harder as anti-Semitism is on the rise.

This is a novel that takes us into a time when things were starting to look uncertain and were altering due to the rise of fascism, and so this story has quite a bit to grapple with. With our unreliable narrator so we can see him supposedly remembering things, whilst conveniently forgetting others, telling us truth on one hand, and then lies on the other, mixing reality with his fantasies, as well as trying to hide from himself what he did, and what he should have done as he is wracked by grief and guilt. Reminding us also what happens when politics goes too far to the left or right, so this is a timely warning to what is happening around us, and also the rise in hate crimes.

I found myself completely caught up in this tale from the very beginning, with the boxing fights all the way through to the ending, which is great. If you are thinking of reading this then be warned, as the story progresses, what you may think about certain things will alter as the narrator really takes us around the houses, clearly showing us the author’s mastery of this tale.

Kindle Customer
5,0 de 5 estrelas A Sperm Whale in Poland's Capital!
Avaliado no Reino Unido em 6 de maio de 2020
Compra verificada
I was interested to read fiction about pre war Poland. I knew there were social issues across the country, antisemitism, fascism, communism etc.
This novel covers that ground. A dissolute society fuelled by a gang culture, excessive use of alcohol and drugs, prostitution, and a violent gang culture, into which the author introduces very strong characters, a complex plot that twists and surprises, and (I kid you not ) a sperm whale!
An impressive author and a fluent translation.
Ler mais
6 pessoas acharam isso útil
Informar abuso
Traduzir avaliação para Português

Karl Wiggins
5,0 de 5 estrelas Szczepan Twardoch is a master of the written word
Avaliado no Reino Unido em 5 de outubro de 2020
Compra verificada
The interaction between the characters in this tale captivates like no other; The book is narrated by brigadier general Moshe Inbar, 67-years-old, once Mojżesz Bernsztajn, who as a 17-year-old boy witnesses his father taken out to be killed by the boxer and gangster, Jakub Szapiro, who then takes Mojżesz under his wing, teaching him to box, dressing him in double-breasted suits and elegantly knotted ties, and taking him to Ryfka’s - Ryfka being the Madam of a whorehouse frequented by local gangsters.

Szapiro may be violent and merciless, but he’s the right-hand man of Buddy Kaplica, who, to all intents and purposes owns the streets. All of Kaplika’s bodyguards answer to Szapiro, even the huge psychopathic Pantaleon and the rat-faced Munja, who has the respect of no one, but the fear of everyone. And the reason Pantaleon wears his thick hair back from the crown of his neck is truly terrifying, and another example of the multifaceted mind of this author.

This is an era of fascism and antisemitism, and as the protagonists are all Jewish, Twardoch doesn’t water his writing down at all. This book bites and punches the reader like no other. It shakes you awake like a wrecking ball to the skull.

As the story bounces backwards and forwards between 1937 and modern day, the reader becomes aware that Moshe Inbar is an unreliable narrator; Accounts of memories of his early days and the exploits of Jakub Szapiro are filled with, ‘…. At least that’s how I imagine it,’ and ‘… at least I think I did,’ and the reader is unsure whether the confusion in his memories is down to dementia, amnesia or simply decreased awareness and changes in how well his brain is functioning due to misuse of alcohol or drugs over the years, head injuries causing decreased blood flow to the brain or even sexually-transmitted diseases

Although the reader can’t help but doubt the author has paid enough attention to detail because some of the facts simply don’t add up, the story is so captivating that you’re willing to forgive what appear as Twardoch’s transgressions. All of this adds to the mystery of the tale, and the answer, when it comes, is unanticipated and quite alarming, throwing light on the fact that this is a very well-thought-out plot indeed.

Hu P
4,0 de 5 estrelas A difficult violent read but compelling
Avaliado no Reino Unido em 17 de fevereiro de 2021
Compra verificada
One of the most extreme, ugly and violent books I’ve read but possibly a super-accurate portrayal of Warsaw in the late ‘30’s? Surreal and over- literary in parts it leaves a lasting impression, especially if like me one doesn’t know the factual history.
Ler mais
1 pessoa achou isso útil
Informar abuso
Traduzir avaliação para Português