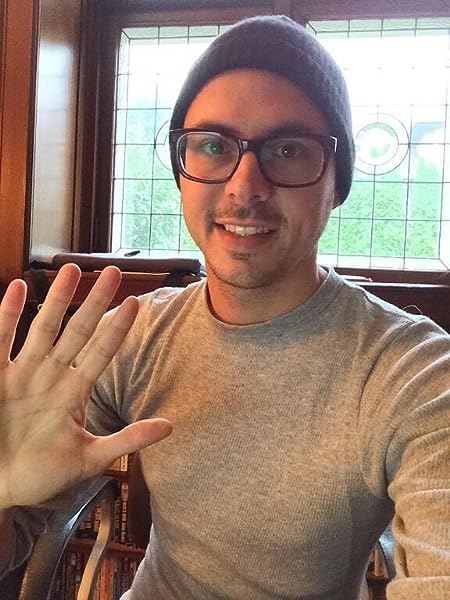 How to Survive a Robot Uprising: Tips on Defending Yourself Against the Coming Rebellion CD de áudio – Versão integral, 2 fevereiro 2006

How do you spot a robot mimicking a human? How do you recognize and deactivate a rebel servant robot? How do you escape a murderous "smart" house or evade a swarm of marauding robotic flies? In this dryly hilarious survival guide, roboticist Daniel H. Wilson teaches worried humans the secrets to quashing a robot mutiny. From treating laser wounds to fooling face and speech recognition, outwitting robot logic to engaging in hand-to-pincer combat, How to Survive a Robot Uprising covers every possible doomsday scenario facing the newest endangered species: humans.

Based on extensive interviews with prominent scientists and including an overview of cutting-edge robot prototypes like humanoid walkers, insect, gecko, and snake robots, this one-of-a-kind book makes a witty yet legitimate introduction to contemporary robotics.

Daniel H. Wilson has worked in top research laboratories, including Microsoft Research, the Palo Alto Research Center, and Intel Research Seattle. He was born in Tulsa, Oklahoma, and earned a B.S. in computer science from the University of Tulsa and a Ph.D. in robotics from Carnegie Mellon University in Pittsburgh. He lives in Portland, Oregon.

Keith Chapman
4,0 de 5 estrelas a must read
Avaliado no Reino Unido em 20 de dezembro de 2012
Compra verificada
I found this book very entertaining, informative and really made me think about what the future may hold lol. I decided to read this after reading the robopocalypes by the same author. This is a must read for anyone interested in scifi.
Ler mais
Informar abuso
Traduzir avaliação para Português