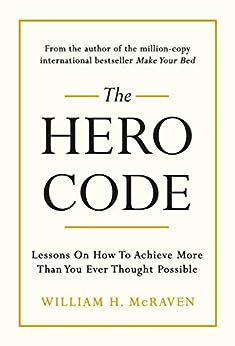 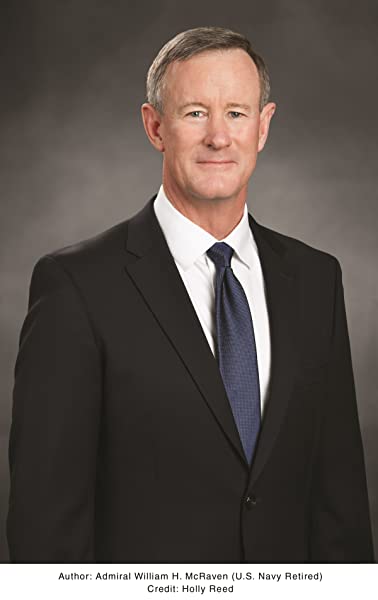 The Hero Code: Lessons on How To Achieve More Than You Ever Thought Possible (English Edition) eBook Kindle

Admiral William H. McRaven (U.S. Navy Retired) is the #1 New York Times bestselling author of Make Your Bed and Sea Stories: My Life in Special Operations. In his thirty-seven years as a Navy SEAL, he commanded at every level. As a Four-Star Admiral, his final assignment was as Commander of all U.S. Special Operations Forces. After retiring from the Navy, he served as the Chancellor of the University of Texas System from 2015 to 2018. He now lives in Austin, Texas with his wife, Georgeann. --Este texto se refere à edição hardcover.

Lockie
5,0 de 5 estrelas A short book that's high on inspiration
Avaliado no Reino Unido em 11 de maio de 2021
Compra verificada
Usually, I'm not too fond of ex-Special Forces literature or self-help books. But the Hero Code is an exception. The term "inspirational" is often over-used, but William McRaven has managed to write a short book that's high on inspiration, and it's easy to read too. It's a rare combination.

William McRaven, the now-retired admiral and Navy SEAL commander, oversaw the raid that killed Usama Bin Laden. In his 37-year Navy career, McRaven saw "the worst of humanity" and "the best of mankind." However, the book – written with elegant simplicity – covers experiences beyond the military too. From astronauts to cancer scientists, the inspiration comes from diverse quarters.

Each chapter, comprising a story or two, focuses on one specific virtue: Courage, Humility, Sacrifice, Integrity, Compassion, Perseverance, Duty, Hope, Humor and Forgiveness. In each chapter, McRaven describes examples of these traits that he has encountered in other people during his life. The chapters might be concise, but they are uplifting and avoid the usual cliches so often found in similar books.

I enjoyed the book far more than I expected. It's an uplifting read.