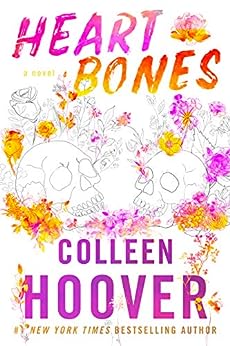 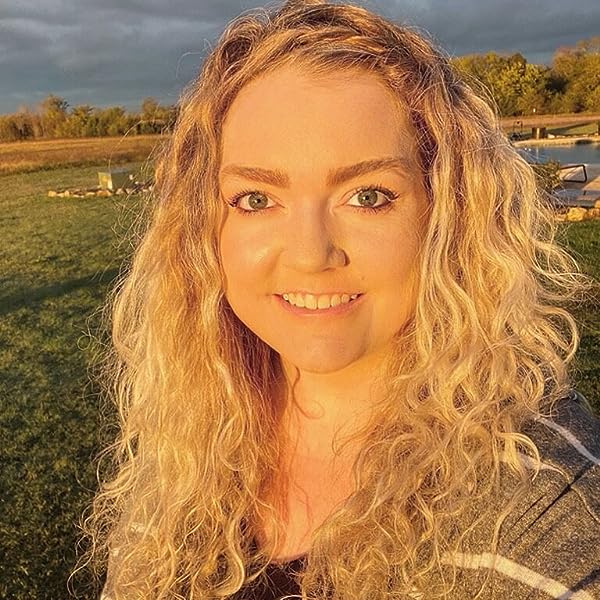 Colleen Hoover is the #1 New York Times bestselling author of several novels, including the bestselling women’s fiction novel It Ends with Us and the bestselling psychological thriller Verity. She has won the Goodreads Choice Award for Best Romance three years in a row—for Confess (2015), It Ends with Us (2016), and Without Merit (2017). Confess was adapted into a seven-episode online series. In 2015, Hoover and her family founded the Bookworm Box, a bookstore and monthly subscription service that offers signed novels donated by authors. All profits go to various charities each month to help those in need. Hoover lives in Texas with her husband and their three boys. Visit www.colleenhoover.com.

LiteralMentes misaqui
5,0 de 5 estrelas My heart was broken and then fixed all in the same book! Fantastic! Go read it!
Avaliado no Brasil em 24 de agosto de 2020
Compra verificada
I'm not even sure I'm surprised by giving 5 stars to Colleen Hoover. Seriously, this woman has the power to put cocaine in her books cause I simply cannot stop reading until the end. And now that I did, I already dreamed about the story and can't stop thinking about the characters and the feelings they brought to my life.
This books made me have mixed feelings cause at the same time I was able to put my shoes under the father's side (I'm not even a parent yet) I was also able to completely understand Beyah's reasons to do what she did.
And I'm not even start talking about Samson and the entire relationship between he and Beyah. How two people with a background so different can connect so deeply?They connect in a so deep level I have difficult to describe, and most of the time they also have this difficulty to describe what they have. And it's so sad and so beautiful at the same time. I got the feeling that when they are together they know life can be better, you know!?

Paulinha
5,0 de 5 estrelas Another great story
Avaliado no Brasil em 19 de agosto de 2020
Compra verificada
Colleen Hoover has the gift of telling stories. It doesn't matter what the story is about, you can be sure she is going to write it in a way that you can't seem to put the book down.
I'm a huge fan of her work and everytime she writes a new book, I get very excited. And this book was no different.
This story is so full of meaning! And I liked how it ended. Even though I wanted more, it was a very good ending.
Ler mais
9 pessoas acharam isso útil
Útil
Informar abuso
Traduzir avaliação para Português

Leah
5,0 de 5 estrelas I couldn't stop reading
Avaliado no Brasil em 2 de janeiro de 2021
Compra verificada
This book was not what I was expecting. I bought the kindle version cause I wanted something easy to read while on vacation and ended up not being able to put it away until I finished reading, which means I read everything in one afternoon.
I loved seeing Beyah's growth throughout the story and Samson I can only describe as being the right amount of dreamy and real at the same time. The narration keeps you hooked and wondering what is going to happen next. 100% recommend this book!
Ler mais
Útil
Informar abuso
Traduzir avaliação para Português

I can't believe this is the first book that I've read by this author, jezz I think I must have been living on the moon. This book is absolutely freaking fantastic and I couldn't put it down at all and it deserves 10 thousand stars. I was hooked right from the first chapter and the title is just perfection too.
This is Beyah and Samson's story. Two people that have had such a crappy upbringing and a really tough start in life are completely drawn to each other and my heart bone totally breaks in half for both of them.
They have both always done what they could to survive and when Beyah goes through another traumatic time she goes to stay with her father for the summer and this is when they both meet for the first time.

This book will really have your emotions all over the place and you will really feel every single word on the page. The love that these two have is so pure, so real and so raw and is powerful enough to carry them both through. I loved the characters and the way that this author has written them, the reader can really connect with them and the story line flows throughout so great that I couldn't get enough of it. This book is one of the most raw and beautifully written stories that I have ever read. I really enjoyed reading this book and I can't wait to read more from this author in the future and I will definitely recommend this book to everyone.
Ler mais
6 pessoas acharam isso útil
Informar abuso
Traduzir avaliação para Português

Marian Chawner
5,0 de 5 estrelas Truth trust and Lies
Avaliado no Reino Unido em 10 de outubro de 2020
Compra verificada
I have just finished this absolutely wonderful novel. It is full of such raw emotion. The two characters are such true soul mates, with a lot in common but don’t really learn the truth until tragedy strikes again. Bayeh has an awful childhood and an uncaring addict for a mother , who soul purpose in life is to shoot stuff up her arm and leave her daughter whatever age to fend for herself. Her mother uses what little money she can get to achieve this aim. Beyah and she live in a crumbling trailer on a disgustingly poor site. On returning home from work Beyah discovers her mother lifeless on the couch. The story takes a twist and Beyah finish up at her fathers house in Texas. Whist travelling there on a ferry to the peninsula she encounters Samson, a wealthy lad who witnessed her eating found bread meant for the birds. The two start a conversation but Beyah jumps to all the wrong conclusion. Anymore about the storyline would spoil it for the reader, and I hope I have not given away to much already. There is all you can want in a spell binding, time absorbing story and more. It is so good by a fantastic author that 5 stars are no where near enough. It is so well written, flows well, is so descriptive that you can hear the fire crackle, and feel the heat. All of Colleen’s books are rewarding and this is no exception.
Ler mais
3 pessoas acharam isso útil
Informar abuso
Traduzir avaliação para Português

Erin Kirsty
5,0 de 5 estrelas Heart Bones
Avaliado no Reino Unido em 8 de setembro de 2020
Compra verificada
Heart Bones is the latest offering from @colleenhoover. This author is an absolute must read for us so I had it on pre-order for release day, and started it straight away! ⁣
⁣
This story follows our two main characters who have seemingly very different backgrounds. As the story follows their summer break more of their similarities are revealed. ⁣
⁣
As always I found myself enjoying Colleen’s writing and characters. I found Beyah’s story heartbreaking and found myself struggling to trust Samson and his intentions in the beginning. A lot of his story is revealed later in the story and I feel like I rushed through from that point until the end. ⁣
⁣
Throughout Beyah’s difficult upbringing and struggle with emotional connection is slowly impacted upon as she learns how it feels to have a friendship group and be a part of her family. Almost always I find myself in tears while reading one of Colleen’s books and this was no different. ⁣
⁣
Immediately after finishing this I had such an urge to re-read Ugly Love. If you’re a fan of Colleen’s It Ends With Us you’ll enjoy this latest book.
Ler mais
3 pessoas acharam isso útil
Informar abuso
Traduzir avaliação para Português

Kindle Customer
5,0 de 5 estrelas Crying
Avaliado no Reino Unido em 21 de agosto de 2020
Compra verificada
I've had no sleep, started this book as I settled to bed now it's 9am & I'm expected to do Mum stuff , trying to hide the tears because I don't cry! My kids will think they've woken up in the wrong house if they see me all emotional (summer holidays I've got lazy kids)
WOW super duper WOW
I've read everything colleen has written & always pre-order , I just had to finish my current read to start this one.
This really is amazing, you get the "feels" of every variety - happy, sad,devastation, relief,love, heartache....
You just NEED to read it, I'm not giving anything away,,,
Go enjoy this book
Thank you Colleen
Ler mais
3 pessoas acharam isso útil
Informar abuso
Traduzir avaliação para Português

Sianny banany
5,0 de 5 estrelas Love love love Samson!!
Avaliado no Reino Unido em 29 de junho de 2021
Compra verificada
Beyah has lived through a very unfortunate childhood. One day she arrives home from work to find her mother has died of an overdose - something she’s been expecting for years. With nowhere else to go she calls her father and asks to spend the summer with him, but doesn’t tell him about her mother.

When she arrives in Texas she discovers that her father married the previous year and now has a stepdaughter. Something he did actually tell her but she has been so disinterested in building a relationship with him that she actually totally forgot these facts.

She spends the summer hanging out with her new stepsister, Sara, Sara’s boyfriend, Marco, and Marco’s friend, Samson. Samson, who just so happens to live next door. Samson, whom she just can’t seem to stop embarrassing herself in front of. Samson, who seems to stare into her soul and is incredibly secretive about himself and his past.

After a few weeks they decide they can’t fight their attraction any longer but agree to “keep it in the shallow end”. They’re going their separate ways in August and neither of them wants to leave with a broken heart. But you know what they say about best laid plans…

Gaaahhh I think Colleen Hoover might be an evil mastermind! Reels you in, makes you think you’ve probably figured it out, then makes you doubt yourself, and then leave you wanting more! Don’t get me wrong, I think the book actually ended in the perfect place, but I still want more!

Loved loved loved Beyah and Samson. So seemingly different, and yet so inherently alike. Much like Beyah, finding out all of Samson’s truths just made me love him even more.

I loved all the secondary characters, too! They’re all good people at their core and just want the best for those they love.

And, in case I haven’t made it clear enough, I love Samson. I just love him. So you should read this book for him, if nothing else. He will both break, and mend your heart bones.
Ler mais
1 pessoa achou isso útil
Informar abuso
Traduzir avaliação para Português
Visualizar todas as avaliações
Voltar ao início
Conheça-nos
Ganhe dinheiro conosco
Deixe-nos ajudá-lo
Pagamento
E não se esqueça:
© 2012-2021, Amazon.com, Inc. ou suas afiliadas