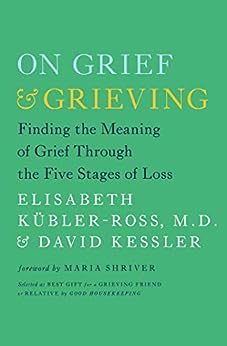 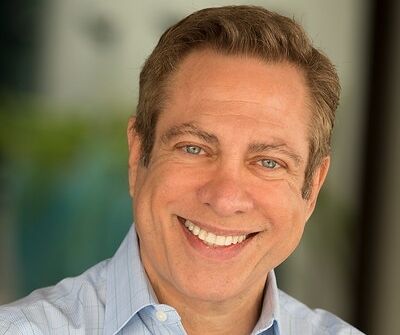 On Grief and Grieving: Finding the Meaning of Grief Through the Five Stages of Loss (English Edition) 1ª Edição, eBook Kindle

Elisabeth Kübler-Ross, MD, [1926-2004] was a Swiss-born psychiatrist, humanitarian, and co-founder of the hospice movement around the world. She was also the author of the groundbreaking book On Death and Dying, which first discussed The Five Stages of Grief. Elisabeth authored twenty-four books in thirty-six languages and brought comfort to millions of people coping with their own deaths or the death of a loved one. Her greatest professional legacy includes teaching the practice of humane care for the dying and the importance of sharing unconditional love. Her work continues by the efforts of hundreds of organizations around the world, including The Elisabeth Kübler-Ross Foundation: EKRFoundation.org.

David Kessler is the world's foremost expert on grief. His experience with thousands of people on the edge of life and death has taught him the secrets to living a fulfilled life, even after life's tragedies. He coauthored On Grief and Grieving and Life Lessons with Elizabeth Kübler-Ross and You Can Heal Your Heart: Finding Peace After a Breakup, Divorce or Death with Louise Hay. He is the author of Finding Meaning; Visions, Trips, and Crowded Rooms; and The Needs of the Dying, praised by Mother Teresa. David's work has been featured in the New York Times, Los Angeles Times, Business Week, and Life Magazine, and on CNN, Fox, NBC, PBS, and CBS. David has served on the Red Cross Aviation Disaster Team and has volunteered for decades as a Los Angeles Police Department Specialist Reserve Officer. He lectures for physicians, nurses, counselors, police, and first responders and leads talks and retreats for those dealing with grief.

Maria Shriver is a Peabody and Emmy Award-winning journalist and the NYT bestselling author of Ten Things I Wish I'd Known Before I Went Into the Real World and the children's books What's Wrong With Timmy?, What's Happening to Grandpa?, and What's Heaven? In 1983 she became a national reporter at CBS News; she later moved to NBC, where she anchored a variety of news programs and specials as well as covering presidential races and other stories. She lives with her husband, Governor Arnold Schwarzenegger, and their four children in Los Angeles. The Alzheimer's Association is the leading voluntary health organization in Alzheimer care, support and research. Their mission is to eliminate Alzheimer's disease through the advancement of research; to provide and enhance care and support for all affected; and to reduce the risk of dementia through the promotion of brain health. --Este texto se refere à edição paperback.

curlydog
3,0 de 5 estrelas Good observations but irritating stories every few pages.
Avaliado no Reino Unido em 24 de agosto de 2016
Compra verificada
This book has some good points and some bad.
It has some very good observations on grief which are accurate and helpful to identify with. It also gives many useful points to consider during the confusion of grieving. However I had to read it with a pencil in hand underlining the important stuff and crossing out all the irrelevant content. By this I mean stuff about God and Angels and also she has a really horribly irritating habit of starting a paragraph with an interesting observation and you want her to go on but she then goes into a story about someone - and you just don't want to know. It happens every couple of pages. Without these irritating stories and just solid content, the book would be half as long. They feel like filler and are pretty pointless because no two griefs are the same. In the midst of your own grief, you don't want to hear someone elses stories.
Ler mais
4 pessoas acharam isso útil
Informar abuso
Traduzir avaliação para Português

janet
4,0 de 5 estrelas Everyone needs help at sometime in their lives .
Avaliado no Reino Unido em 10 de dezembro de 2019
Compra verificada
Read a book by EKROSS in the seventies, It set me on a path of discovery, I am forever grateful to this women. Read a few of her books. They are easy and helpful.
Ler mais
1 pessoa achou isso útil
Informar abuso
Traduzir avaliação para Português

yummytubbymummy
5,0 de 5 estrelas A bible for those dealing with grief
Avaliado no Reino Unido em 25 de novembro de 2009
Compra verificada
This really is a tremendous book that offers so much to those in grief, and to indivuals working with people who are grieving.

Both authors are experts in this area having worked for many many years with people dealing with bereavement. They also share their own history and journey with grief, which happens to be helpfu not indulgent.

They describe helpfully the stages of grief, which will be immensely reassuring to anyone who thinks they are going mad whilst trying to cope with their loss. They convey strongly that when a loved one dies you don't get over the loss, it is always there, but you learn to live with the loss, but it takes a long time and there isn't a neat 'end point' when grief is finished.

Written with great compassion, heart and their skill and experience is in every sentence. It feels authentic and that you are in safe hands as the authors share their wisdom about death and loss.

After I had read it, it gave me the confidence to buy this book for someone whose parent died more than a year ago, although I did so with some trepidation in case it was ill received. I couldn't have been more wrong and they were so touched that I understood that they were still grieving for their Mum and they 'hadn't got over it' just because it had stopped being mentioned. What a gift of a book that encouraged my gesture and has openend my eyes and heart on this topic. I strongly recommend this book.
Ler mais
12 pessoas acharam isso útil
Informar abuso
Traduzir avaliação para Português

Spew
4,0 de 5 estrelas A must for the newly grieved.
Avaliado no Reino Unido em 25 de abril de 2010
Compra verificada
I bought this for a friend who has lost a parent. I lost someone very close to me a couple of years back and read a few books about grief so I read this myself before passing on. I got through it in one night as it was an easy read. It pretty much covers all the thoughts and emotions that you may encounter and a few extra chapters, i.e. on haunting etc, (I didn't read those chapters). It helps a lot in making sense of the grieving process.

I would definately recommend it to anyone trying to come to terms with the death of a loved one.
Ler mais
3 pessoas acharam isso útil
Informar abuso
Traduzir avaliação para Português

Maccy
4,0 de 5 estrelas A sorce of comfort and understanding
Avaliado no Reino Unido em 1 de janeiro de 2016
Compra verificada
This book is written very sensitively. It breaks down the stages of grief (these are not necessarily sequential) and deals with emotional issues surrounding the loss of somebody close. Although not all aspects may be relevant to each reader I'm sure that anyine who has been bereaved can identify with some aspects. A good read for those bereaved or those trying to understand those that have been bereaved.
Ler mais
1 pessoa achou isso útil
Informar abuso
Traduzir avaliação para Português
Visualizar todas as avaliações
Voltar ao início
Conheça-nos
Ganhe dinheiro conosco
Deixe-nos ajudá-lo
Pagamento
E não se esqueça:
© 2012-2021, Amazon.com, Inc. ou suas afiliadas