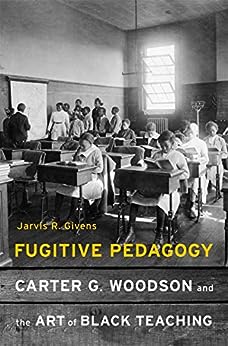 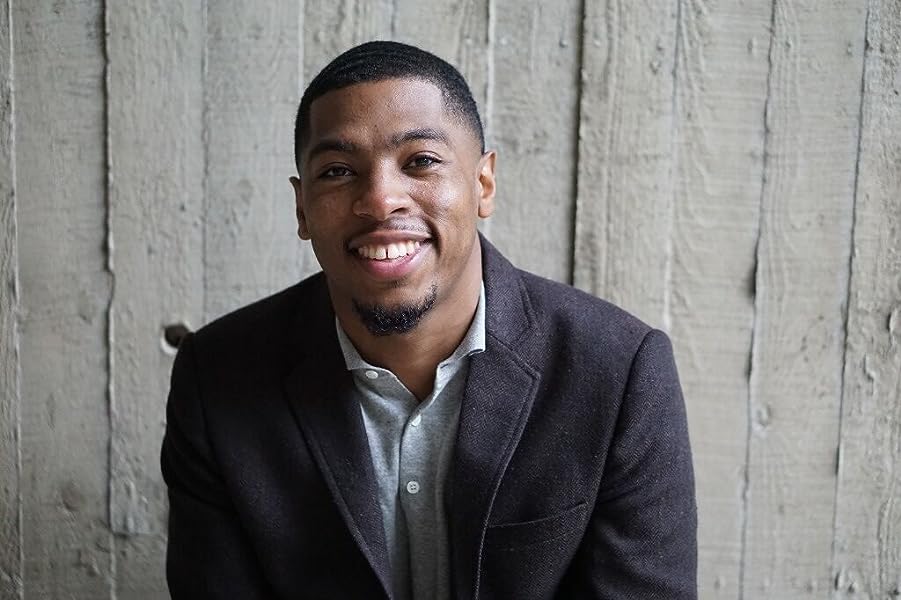 Edição Inglês por Jarvis R. Givens (Autor) Formato: eBook Kindle
Ver todos os formatos e edições
Sorry, there was a problem loading this page. Try again.
A fresh portrayal of one of the architects of the African American intellectual tradition, whose faith in the subversive power of education will inspire teachers and learners today.

Black education was a subversive act from its inception. African Americans pursued education through clandestine means, often in defiance of law and custom, even under threat of violence. They developed what Jarvis Givens calls a tradition of “fugitive pedagogy”—a theory and practice of Black education in America. The enslaved learned to read in spite of widespread prohibitions; newly emancipated people braved the dangers of integrating all-White schools and the hardships of building Black schools. Teachers developed covert instructional strategies, creative responses to the persistence of White opposition. From slavery through the Jim Crow era, Black people passed down this educational heritage.

There is perhaps no better exemplar of this heritage than Carter G. Woodson—groundbreaking historian, founder of Black History Month, and legendary educator under Jim Crow. Givens shows that Woodson succeeded because of the world of Black teachers to which he belonged: Woodson’s first teachers were his formerly enslaved uncles; he himself taught for nearly thirty years; and he spent his life partnering with educators to transform the lives of Black students. Fugitive Pedagogy chronicles Woodson’s efforts to fight against the “mis-education of the Negro” by helping teachers and students to see themselves and their mission as set apart from an anti-Black world. Teachers, students, families, and communities worked together, using Woodson’s materials and methods as they fought for power in schools and continued the work of fugitive pedagogy. Forged in slavery, embodied by Woodson, this tradition of escape remains essential for teachers and students today.
Leia mais
Previous page
Next page
Devido ao tamanho do arquivo, o download deste livro poderá ser mais demorado
e-Readers Kindle
Aplicativos de leitura gratuitos do Kindle
Disponível nesses dispositivos

Jewel
5,0 de 5 estrelas Essential reading for anyone interested in Black education
Avaliado nos Estados Unidos em 24 de abril de 2021
Compra verificada
I didn’t exactly know what to expect when I picked up this book, but it far exceeded my expectations. While it is a scholarly, extremely well-researched, and vigorously cited text, it is written in a way that is approachable to a lay person with interest in the topic. In some ways the book is poetic, as it paints vivid pictures to help readers imagine what it must have felt like to learn in secret or resist the sanctioned lesson plans as Dr. Woodson and heroines like Tessie McGee did. In Fugitive Pedagogy, Dr. Givens allows his reader to grasp the fullness of the legacy of Carter G. Woodson in the context of his deep and expansive contributions to Black teaching. His exploration of Woodson is refreshing, because it moves him far past the one line that he’s typically given as the “Father of Black History” and revealed a depth and complexity to his struggles and triumphs. It also properly situates Woodson as a notable third and unique perspective in the Booker T. Washington and W.E.B. DuBois conversation. This positioning forced me to rethink whether the binary between them as we’ve grown to discuss it was ever properly framed.

My favorite thing about this book is it’s treatment of Black women as part of the historical record and as key catalysts of fugitive pedagogy. Although Woodson is the central character, from the book’s opening paragraph and throughout each chapter there is detailed discussion of the important roles women like Tessie McGee, Anna Julia Cooper, Ida B. Wells, Mary McLeod Bethune, and countless others played as Black educational thinkers who challenged white paternalistic tradition in the classroom and through the teacher organizations they led and were apart of.

The idea that Black folks experience as “fugitive” had spilled into and had a profound impact on Black educational tradition from our arrival in the US until now was not something I’d thought about before reading this book, and now I can’t stop thinking about it. Overall fascinating and thought-provoking read. I look forward to reading more titles from Dr. Givens. Highly recommend!!!

The Careful Observer
5,0 de 5 estrelas A paradigm That Gives An Adrenaline Rush
Avaliado nos Estados Unidos em 8 de agosto de 2021
Compra verificada
During the 1700 and 1800's, because there had been so many slave insurrections, many Southern states created laws against literacy among slaves because they saw that there was often, though not always, a connection. Let that marinate. White people made it illegal for Black people to read and learn, because the thought was the 2 together led to dissatisfaction to the point of rebelling , flights and insurrections against slavery.

What this meant, is that my ancestors found secret ways to learn, sometimes digging holes in the ground, that they went into and covered up as the reader within the group taught the others. They found other ways to sneak and learn, hiding in all sorts of places as they conducted informal schools. Sometimes, they would give food to poor white literate children, to get reading lessons.

My ancestors often did whatever it took, on the down-low, to become readers and to become educated, during slavery. Those that sought education were looked at as rebels against the law, fugitives if you will. Within this concept, Black people developed their educational efforts around the folk hero of The Fugitive Slave, seeing their efforts at education as them being the Nat Turners, Frederick Douglasses and Harriet Tubmans of the race and education.

It wasn't just the ends of pursuing education, it was the means, the fact that they were "stealing and snatching time" to learn and study. They saw the power and heroism within the very act of becoming educated. Later, "The Fugitive" would be that teacher who would go against the grain of The White-established curriculum, along with the students as accomplices, as the true History of Black people was being taught through Black History. There is a new book that captures the teachers within this concept by calling them "Fugitive Teachers", or "Fugitive Pedagogues," as a pedagogue is just another word for a teacher.

As a child in school, I knew about those laws forbidding slaves to read, but could never explain to you what I am about to. I have always looked at reading as a form of freedom, freedom from ignorance and complacency. As flight from the racism that I have faced, but what I now know is that all the time that I have been pursuing reading, I have been firmly entrenched within the tradition of my ancestors as a Fugitive Learner.

No, it is no longer illegal for us to read, but yet so few of us do so. I know that I have long-been committed to reading, in part, because I wanted to snatch away something from White folks that is beneficial to me and that they used to enforce as illegal. I wanted to claim that power and freedom as my birthright. I wallow in myself as a Fugitive Student. I thank this book for making this clear, for his main concept is one that I have felt intuitively for a very long time. Reading the concept explained in this book gives me an adrenaline rush, mainly because it illuminates something that I have felt strongly for a very long time and once again, gives me so many reasons to both respect and admire my ancestors.
Ler mais
6 pessoas acharam isso útil
Informar abuso
Traduzir avaliação para Português