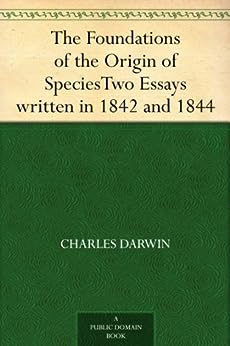 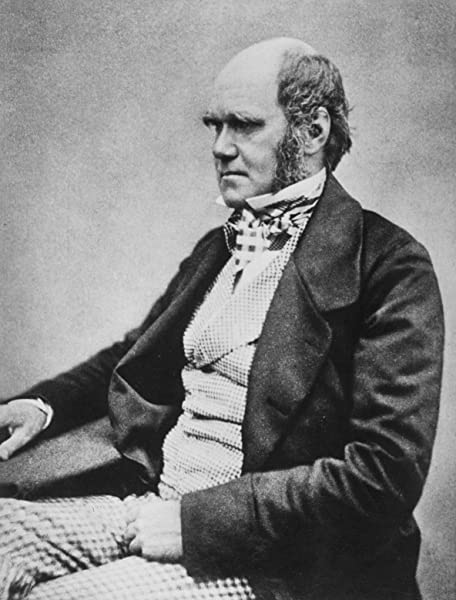 Edição Inglês por Charles Darwin (Autor), Francis Darwin (Editor) Formato: eBook Kindle
Ver todos os formatos e edições
Sorry, there was a problem loading this page. Try again.
This book was converted from its physical edition to the digital format by a community of volunteers. You may find it for free on the web. Purchase of the Kindle edition includes wireless delivery.
Leia mais
Previous page
Next page

Charles Darwin was an English naturalist and author best-known for his revolutionary theories on the origin of species, human evolution, and natural selection. A life-long interest in the natural world led Darwin to neglect his medical studies and instead embark on a five-year scientific voyage on the HMS Beagle, where he established his reputation as a geologist and gathered much of the evidence that fuelled his later theories.A prolific writer, Darwin s most famous published works include The Voyage of the Beagle, On the Origin of Species, The Descent of Man, and Selection in Relation to Sex, and The Expression of Emotions in Man and Animals. Darwin died in 1882, and in recognition of his contributions to science, is buried in Westminster Abbey along with John Herschel and Isaac Newton. --Este texto se refere à uma edição alternativa kindle_edition

Phil Webster
5,0 de 5 estrelas The Origins of Darwin's "Origin"
Avaliado no Reino Unido em 9 de maio de 2010
Compra verificada
Darwin probably started thinking seriously about "transmutation" on the last stretch of his Beagle voyage in 1836. He certainly opened his first notebook on the subject in 1837, and the idea of natural selection as the mechanism of evolutionary change came to him, after reading Malthus, in 1838.

In 1842 he wrote what he called the "pencil sketch of my species theory", and in 1844 he wrote a fuller and more polished version, which he wanted published in the event of his death. These two essays are reproduced in this excellent book. They show that all the key ideas that Darwin made public in 1859 in "On the Origin of Species" had already been developed by him much earlier.

Anyone who is tempted to take seriously the ridiculous conspiracy theory which claims that Darwin stole the theory of natural selection from Alfred Russel Wallace should read this book. Wallace certainly deserves credit for independently coming up with the same idea, but Wallace himself was always happy to play second fiddle to Darwin. For example, in 1908 Wallace made a speech to the Linnaean Society in which he explicitly defended Darwin's priority, pointing out that "...the idea occurred to Darwin in October 1838, nearly twenty years earlier than to myself (in February 1858); and that during the whole of that twenty years he had been laboriously collecting evidence..."

Darwin seems to have delayed publishing for two reasons. Firstly, he wanted to establish himself as a serious scientist and to accumulate a mass of evidence in support of the theory before going into print. And secondly, he was nervous of the trouble it would stir up, especially in the pre-1850 period when social upheavals and Chartist radicals were associated with the idea of evolution.

This book also shows that an error that Darwin made can also be traced back to these two early essays. Despite coming up with natural selection as the mechanism for evolution, Darwin mistakenly gave a subsidiary role to the Lamarckian idea of the inheritance of acquired characteristics. There are a few Lamarckian lapses in "On the Origin of Species"; and "The Expression of Emotion in Man and Animals", for example, is full of them.

Here in the 1844 essay Darwin writes: "There is reason to believe that when long exercise has given to certain muscles great development, or disuse has lessened them, that such development is also inherited."

But why should we expect Darwin's thinking to be perfect? Nothing was known of modern genetics at that time. Darwin is one of my heroes; but he is a flawed hero, and that makes him all the more appealing.

Finally, we can even trace back to the 1842 sketch, almost word-for-word, the well-known ending of "On the Origin of Species". The 1842 version is:

"There is a simple grandeur in the view of life with its powers of growth, assimilation and reproduction, being originally breathed into matter under one or a few forms, and that whilst this our planet has gone circling on according to fixed laws, and land and water, in a cycle of change, have gone on replacing each other, that from so simple an origin, through the process of gradual selection of infinitesimal changes, endless forms most beautiful and most wonderful have been evolved."

G. Wolff
3,0 de 5 estrelas Logically flawed
Avaliado nos Estados Unidos em 19 de março de 2014
Compra verificada
Darwin's theory seems to drone on and on giving example after example of what he calls evidence for species descending from common ancestry. However, he never provides one bit of proof, mainly that there are no intermediate species--at all. He defends this theory by talking in circles and explaining how obvious this theory is because it must be. It must be because it is obvious. He then wafts away any difficulties with his theory with a swipe of the hand and says, that obviously since it must be so, we just can't explain it right now.

Granted, I know that Darwin lived in an era before micro- and molecular biology came into their prime, but he still cannot explain how extremely different species could have possibly descended from one ancestor. He talks about the incremental nature of natural selection, but then why do we not have any species which are incrementally different than others?

He fails to see that molecules--and DNA--simply CAN'T just "change" a little bit. This is called a mutation and is always destructive to the organism.

However, this book is good if you want to gain an understanding of what Darwin thought, as it is his own words. I just can't endorse it because it is so logically flawed in every way.
Ler mais
Informar abuso
Traduzir avaliação para Português