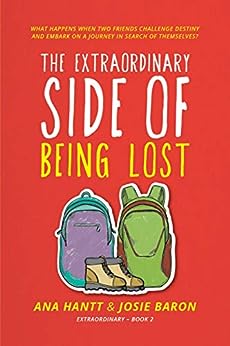 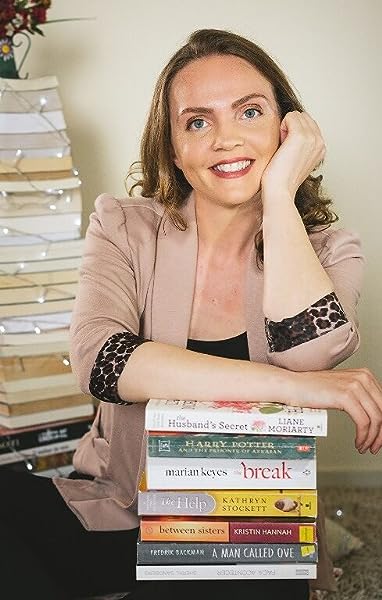 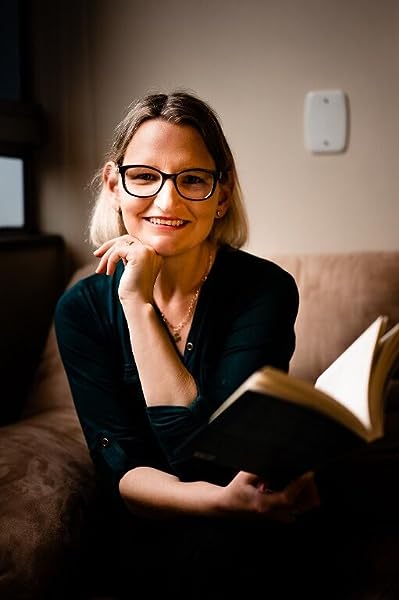 The Extraordinary Side of Being Lost: A heartwarming adventure about grief, love, and the power of friendship (English Edition) eBook Kindle

Two backpacks. An unexpected trip. Two women embark on a journey over mountains and glaciers, where they challenge destiny in search of themselves.

Jackie Foster and Elena Whitehill were sure the worst life had to offer would remain in the past, but when they turned 30, a single decision would alter their destinies forever. Falling in love had never been on Jackie's agenda, but since she had, how was she supposed to return to life without the man who’d given his life for hers? Elena finally got what she had always wanted—a successful career, a devoted husband, and a baby on the way—but in a car accident, she loses almost everything, including herself. Shaken, the two friends embark on a journey into the wilderness and over mountains, glaciers, and oceans, where they will learn to navigate grief as they face the challenges of traveling with only each other to rely on.

In the second book of the 'Extraordinary Series', Niagara Falls, the Canadian Rocky Mountains, and the North American Pacific Coast are backdrops for an adventure that will teach Jackie and Elena to rescue each other while saving themselves. For these two women, the extraordinary bonds of friendship persist even when it seems all is lost.

Pâmela Natacha Bandeira
5,0 de 5 estrelas Astonishing, challenging, emotional
Avaliado no Brasil em 10 de junho de 2021
Compra verificada
If we filled up our hearts with huge emotion in the first book, could we expect anything as thrilling as the story before in the next book?! For sure, the writers know how to approach the readers, bringing us the adventures and challenges of Jackie and Elena to our lives. It’s a nonstop reading, full of great moments which make us rethink about the scenes, the emotions, the regrets, the achievements as well as the obstacles the two backpackers face on their lives. Astonishing story!!! Looking forward to the next Extraordinary book!
Ler mais
Útil
Informar abuso
Traduzir avaliação para Português

Eduarda Hackenhaar
5,0 de 5 estrelas Many emotions and heartwarming discoveries
Avaliado no Brasil em 25 de março de 2021
Honoring its title, the sequel is just as extraordinary as the first book! Pleasant, thought-provoking and captivating reading, with beloved characters, and descriptions of breathtaking landscapes (of course I want to visit all the places now hahaha). I recommend this book to people who feel or have already felt lost in their paths. In short: everyone. The story made me reflect, laugh, cry and even find advices about life. Jackie and Elena made me understand that the journey and the people who accompany me on it are much more important than the glorious final destination.
Ler mais
Útil
Informar abuso
Traduzir avaliação para Português

Raissa de Oliveira
5,0 de 5 estrelas "The extraordinary side of being lost"
Avaliado no Brasil em 29 de março de 2021
This book continues the story of the two best friends Jackie and Elena in their adulthood. But it's so much more than that. This is a story about life—how hard and dark it can get sometimes— and also about the beauty of being alive: how magical it can be to just watch the stars while camping and that being goofy with your friends in a flamingo floatie is what makes life worth of living. Lose ourselves is scary, but this book highlights that is just a condition of being alive and that finding ourselves again make us grow and heal. Besides all that, "The extraordinary side of being lost" made me want to visit those beautiful lakes and landscape describes in the book.
Ler mais
Útil
Informar abuso
Traduzir avaliação para Português

Ane
5,0 de 5 estrelas Surpassed any expectations 😍
Avaliado no Brasil em 25 de março de 2021
The sensibility in this writing is unbelievable, it’s crazy how you can see yourself in the girls’ thoughts and feel their pain as your own. I love the slowly pace of the story and we can see step by step the healing of these girls through their moments together. And of course, the great match of their memories and the nature around them makes the experience of reading just perfect!
I never thought I could fall deeper in love with this friendship after the first book, but this one for sure overcame any expectations. When you think you got everything, there will be a surprise just waiting for you!

K. Turner
5,0 de 5 estrelas A beautiful journey of healing after loss
Avaliado nos Estados Unidos em 4 de abril de 2021
Compra verificada
In the Extraordinary Side of Being Lost, we delve back into the lives of friends Jackie and Elena several years after the end of the first installment. Both are reeling from personal losses that are interconnected in ways you could never imagine. Over several months, these two women travel different parts of the world, revealing over time the depth of the loss they've experienced and the guilt they're carrying for the tragedies. With only each other, they learn how to stop running from their pain and lean on one another in order to begin an inner journey of healing more extraordinary than the journey they're on through different countries. Brimming with stunning landscapes, narrow escapes, and heartbreaking vulnerability, The Extraordinary Side of Lost is a beautiful tale of the enduring friendship between two women that helps them find each other and themselves when it seems all has been lost.
Ler mais
Informar abuso
Traduzir avaliação para Português
Visualizar todas as avaliações
Voltar ao início
Conheça-nos
Ganhe dinheiro conosco
Deixe-nos ajudá-lo
Pagamento
E não se esqueça:
© 2012-2021, Amazon.com, Inc. ou suas afiliadas