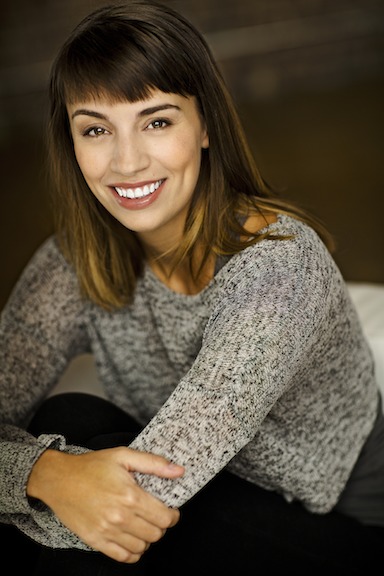 An all-new official, original novel from the twisted world of the hit horror video game, Bendy and the Ink Machine!Seventeen-year-old Buddy has spent most of his life trying to escape the Lower East Side slums of New York City. Working as a delivery boy to support his family, Buddy wants to become an artist, a dream he's sure will never be realized. But that all changes when a delivery job puts him face-to-face with Mister Joey Drew, the eccentric owner of an animation studio.Mister Drew takes Buddy under his wing as an apprentice, thrusting him into a world unlike anything Buddy has ever seen before. There's the colorful cast of the studio, from the cranky, yet driven composer Sammy Lawrence to Dot, the writing intern and Buddy's counterpart. Working for Mister Drew, Buddy starts to think that maybe it's really as simple as Mister Drew says: Dreams do come true. But not everything at the studio is as picture-perfect as it seems...Something is going bump in the night at Joey Drew Studios, something that leaves behind trails of thick, dark ink. While the studio frantically works toward their latest deadline, Buddy and Dot team up to find out just what is tormenting the studio after-hours, even if it means tracking the trail to Mister Drew himself.Don't miss this official, original, pulse-pounding story from award-winning author Adrienne Kress, developed with theMeatly, Mike Mood, and Bookpast!
Leia mais
Previous page
Next page

Adrienne Kress is a Toronto-born actor and writer. Her books include the award-winning and internationally published novels Alex and the Ironic Gentleman, Timothy and the Dragon's Gate, and Hatter Madigan: Ghost in the H.A.T.B.O.X. (with bestselling author Frank Beddor), as well as the steampunk novel The Friday Society and the gothic Outcast. She is also the author of the quirky three-book series The Explorers. Adrienne's first foray into writing horror came with her work on the Bendy and the Ink Machine novels, but as an actor she has had the pleasure of being creepy in such horror films as Devil's Mile and Wolves. And she took great pleasure in getting to haunt teenagers in SyFy's Neverknock. Find her at AdrienneKress.com and on Twitter/Instagram @AdrienneKress.
Comece a ler Dreams Come to Life no seu Kindle em menos de um minuto.

Arkham Reviews
4,0 de 5 estrelas A must for any fan of the game
Avaliado no Reino Unido em 2 de outubro de 2019
Compra verificada
I should probably start by noting that I have played the Bendy and the Ink Machine game and so am really reviewing this novel with that in mind. Although this novel is technically a prequel to the game, I don't think you will get so much out of it if you are not already family with the story, the characters and the titular Ink Machine. This book really is one for the fans as its primary purpose is to add depth to Bendy's world and fill in some plot holes.

While the novel does not answer all the questions that fans might have, it actually does a pretty decent job of showing what Joey Drew Studios was like in the days before Henry's return. The story presents everything through the eyes of Daniel "Buddy" Lewek - a teenage boy who is hired as go-fer within the first couple of chapters. Through Buddy, the reader gets to see what Joey Drew Studios was like as a working studios, as well as meeting several of the characters from the game before they are changed.

Most surprisingly for me was the way that Kress set the scene. The novel is set in New York shortly after World War II, and this totally colours Buddy's world. From the sharp social divide between Mister Drew and Buddy, to the way the way that everyone who is not a white male is treated differently, to the bullying that Buddy has endured due to his Jewish heritage. The novel certainly does its best to address the social issues of the time in a way that was both sensitive and honest.

However, the novel was oddly less detailed in other places. There are very few physical descriptions in the story, which felt odd in a novel that was based around art. Although anyone who has played the games is familiar with the monsters that the likes of Norman Polk, Sammy Lawrence and Bertrum Piedmont become, Kress only vaguely describes what they looked like in their first lives. I'm not even sure what Buddy looks like beyond being tall. Even the Ink Machine, when it finally appears, seems underwhelming on page. Although the properties of its ink are touched upon, it does not seem sinister in the way that it does in its first game appearance.

The plot of the story is very engaging, quickly setting the scene and capturing my interest long before anything sinister happened. As the novel is fairly short, it does not take long before Buddy and Dot discover that something very weird is going on at the studio. As employees begin to vanish and ink seeps through the walls, it's not long before Buddy is forced in a final encounter against the creature in the shadows. The climax of the novel is as bleak as a fan of the games would expect, as Buddy comes to understand just what Mister Drew's "vision" is.

In terms of characterisation, the novel is a little varied. Buddy is a wonderful protagonist and is easy for the reader to relate to. He has a good heart but is still very flawed, constantly weighing up his ambition to become an artist with his need to support his family. His relationship with Dot was also very endearing, hinting at a possible attraction but coming across as more of a friendship between two like-minded people.

I also felt that the book really excelled in fleshing out Joey Drew - a character who does not really appear much in the game. Here, we see him in his prime and understand exactly what his intentions in creating the Ink Machine were. However, the other characters don't fair so well. If you are reading this book to discover more about the game's other minor characters, you may be disappointed. While Sammy Lawrence probably has the most development over the course of the novel, we still don't really witness his descent into madness. Other characters - Norman, Tom, Bertrum, Allison - only really have brief cameos and don't impact the story all that much.

Anyhow, I think that about sums it up. All in all, I probably wouldn't recommend reading this book if you haven't played the game first but it is certainly a must read for any fan. It's certainly made me very excited for when the next instalment of the Bendy game series is released next year!
Ler mais
18 pessoas acharam isso útil
Informar abuso
Traduzir avaliação para Português

Rm1447
5,0 de 5 estrelas Looking forward to the next one
Avaliado no Reino Unido em 15 de agosto de 2020
Compra verificada
I like Dreams Come to Life because it tells you the back story of Bendy. It is freaky in some bits, but I think you can't be a Bendy expert without it. I am 9 and I did not find it scary and I did not find it tricky to read.
T, aged 9
Ler mais
9 pessoas acharam isso útil
Informar abuso
Traduzir avaliação para Português

Jennifire
5,0 de 5 estrelas Fantastic book, probably better for 10+ age group.
Avaliado no Reino Unido em 12 de fevereiro de 2020
Compra verificada
Absolutely fantastic. I bought this book for my 8 year old who loves Bendy but is too young for the game (he watches youtube videos of Bendy in minecraft). He was definitely too young to be reading it alone so I read it to him. Parts were a little scary but he was fine with them and we both really enjoyed it. I usually get bored reading kids books to them but this one had me wanting to read more.
Ler mais
6 pessoas acharam isso útil
Informar abuso
Traduzir avaliação para Português

Claire Parker
5,0 de 5 estrelas Definitely recommend this book!!!
Avaliado no Reino Unido em 11 de fevereiro de 2020
Compra verificada
As soon as it arrived I was overflowing with excitement. I read the book and it was probably the best thing I had ever read! It has filled in and answered all the questions I had about the original game ,Bendy and the Ink Machine, and has given me a lot more lore on the game and has given me a lot more stuff to theorise about and it has really got me hyped for the 2nd book coming out July 7th and the new game Bendy and the Dark Revival. I really loved the book and can't stop reading it. I think the author did an amazing job of really capturing all the horror of the game. I definitely recommend buying this product.
Ler mais
3 pessoas acharam isso útil
Informar abuso
Traduzir avaliação para Português

Scott Fitzgerald
5,0 de 5 estrelas Amazing for fans of BATIM and horror novels.
Avaliado no Reino Unido em 29 de outubro de 2019
Compra verificada
This book is perfect for any fan of Bendy and the Ink Machine. It expands the world of the game, leaving previously unanswered questions answered and it show how the studio turns from a normal everyday animation studio into a dark veil to hide what sinister plan Joey Drew was concocting. This novel is also perfect for those who don't know what BATIM is, and it will certainly grab the attention of anyone who opens the pages. Enjoy and beware the Ink Demon.
Ler mais
4 pessoas acharam isso útil
Informar abuso
Traduzir avaliação para Português
Visualizar todas as avaliações
Voltar ao início
Conheça-nos
Ganhe dinheiro conosco
Deixe-nos ajudar você
Pagamento
E não se esqueça:
© 2021-2022 Amazon.com, Inc. ou suas afiliadas