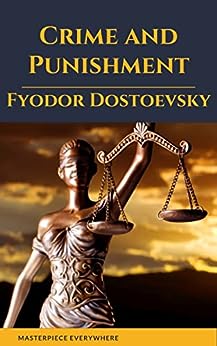 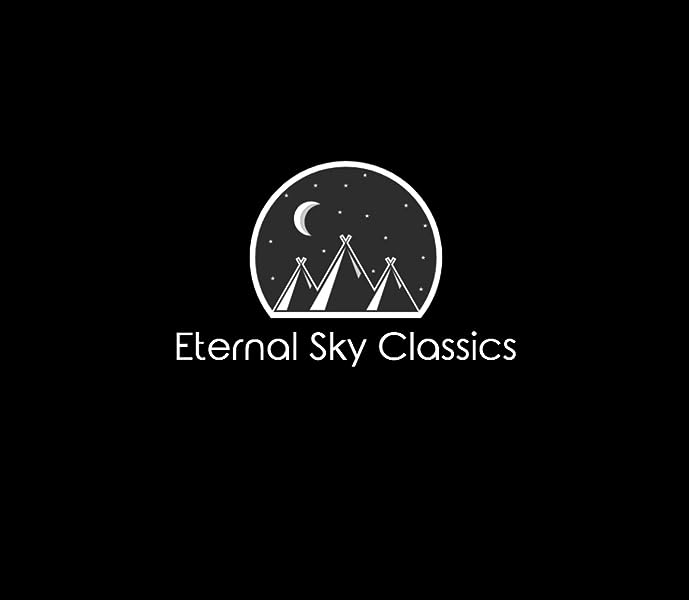 Edição Inglês por Fyodor Dostoyevsky (Autor), Masterpiece Everywhere (Autor), Constance Garnett (Autor) & 0 mais Formato: eBook Kindle
Ver todos os formatos e edições
Sorry, there was a problem loading this page. Try again.
This book contains several tables of HTML content to make reading easier. <br> <br>Crime and Punishment (pre-reform Russian: Преступленіе и наказаніе; post-reform  Russian: Преступление и наказание, tr. Prestupléniye i nakazániye, IPA: [prʲɪstʊˈplʲenʲɪje ɪ nəkɐˈzanʲɪje]) is a novel by the Russian author Fyodor Dostoevsky. It was first published in the literary journal The Russian Messenger in twelve monthly installments during 1866. It was later published in a single volume. It is the second of Dostoevsky&apos;s full-length novels following his return from ten years of exile in Siberia. Crime and Punishment is considered the first great novel of his "mature" period of writing. <br>Crime and Punishment focuses on the mental anguish and moral dilemmas of Rodion Raskolnikov, an impoverished ex-student in Saint Petersburg who formulates a plan to kill an unscrupulous pawnbroker for her money. Before the killing, Raskolnikov believes that with the money he could liberate himself from poverty and go on to perform great deeds. However, once it is done he finds himself racked with confusion, paranoia, and disgust for what he has done. His ethical justifications disintegrate completely as he struggles with guilt and horror and confronts the real-world moral consequences of his deed.
Leia mais
Previous page
Next page

Ankita
4,0 de 5 estrelas Intense! A Timeless classic!
Avaliado na Índia em 2 de fevereiro de 2019
Compra verificada
A month back when I started reading this intense psychological thriller by the famous Russian writer Fyodor Dostoyevsky (1821-1881) little did I know that this work will recast my notions about crime as well as punishment. As the name suggests, the novel revolves around the very concept of crime and the consequent punishment imparted for it. Without superfluous tracks in typical Dostoyevskian style, it questions a very basic thing- if one kills an epitome of the evil, a vile vermin to save hundreds of innocents, how can it be called a crime and who can decide the befitting punishment for the same?
The protagonist Rodion Romanovitch Raskolnikov is a tall and handsome 23 year old former university student who lives in a suffocating cupboard-like rented room in St. Petersberg, Russia. He publishes an article describing his theory on crime along with a hypothesis relating crime and a high fever. Months later, he shockingly finds himself compelled to brutally murder an old pawnbroker who he considers to be a den of iniquity and a venomous insect. Despite poverty, fever and dilemmas, he comes out unscathed and manages to duck everyone. From police to his intellectual best friend, Razhumihin and from his shrewd landlady to his over-analytical doctor, everyone believes him to be innocent. However, it is his own conscience that he relentlessly grapples with. One day at a cheap tavern, his path entwines with that of a bankrupt alcoholic clerk Marmeladov and later with his dignified but consumptive second wife Katrina Ivanovna (she has three children from a previous defunct marriage) and his religious and timid twenty year old daughter Sonia from his late first wife. When Sonia destroys herself in providing for her starving step-siblings, he bows at her feet, much to the shock of everyone.
The novel also has other important characters like Svidrigailov, a 50 year old pedophile all set to marry a 15 year old, Luzhin, a devious narcissist and Dounia, the erudite and charming older sister of the protagonist, fighting her own demons. Raskiolnikov, till the end stays clear and unsuspected yet it is his inner voice that constantly bothers him and he ends up taking odd decisions in order to run away from his own crumbling self. His way of perceiving things is complex yet he manages to convince the reader into agreeing with him. Twists and turns keep the reader on the edge and the ending gives a nice closure to this powerful work. This novel also throws much light on the then Russian society and culture.
Not just another run-of-the-mill fiction, ‘Crime and Punishment’ requires contemplation on the reader’s part. It takes one inside the frenzied but brilliant mind of Raskolnikov and argues upon the fundamentals such as of crime, what defines it, who can be called a criminal, what the meaning of punishment is, who actually deserves how much of it in any society, in an era and who deserves to rule the masses. This book breaks old moulds of notions and makes one reflect, that too profoundly. It undoubtedly is a timeless classic.

PS- I found this translation to be a bit confusing and messed up at many places hence it is better to get another one from the many available ones.
-The scene of Katrina Ivanovna’s depressing death later in the story, literally shook me up and made me cry.
Ler mais
109 pessoas acharam isso útil
Informar abuso
Traduzir avaliação para Português

Gaurav Bisht
5,0 de 5 estrelas A great Read. You Should Buy it.
Avaliado na Índia em 5 de outubro de 2018
Compra verificada
I don't feel qualified to give a Dostoyevsky book a literary review. I may say though, if you are even slightly thinking of buying this, just do it. And you will end up liking his writing so much, you will purchase other books (after this, buy The Brothers Karamazov).

Now for the physical copies review, I got it a little battered from the bottom and a bit from side. Nothing much to write home about but just want to let you know. You may even contact the seller and ask if they can pack it even carefully for you which I didn't do. All in all this Fingerprint Publications version is excellent and consists of 584 pages (original has 671) these pages contain a little smaller font than the original thus fitting the book in less length. But dont worry the font is completely readable.

5,0 de 5 estrelas A great Read. You Should Buy it.
Avaliado na Índia em 6 de outubro de 2018
I don't feel qualified to give a Dostoyevsky book a literary review. I may say though, if you are even slightly thinking of buying this, just do it. And you will end up liking his writing so much, you will purchase other books (after this, buy The Brothers Karamazov).

Now for the physical copies review, I got it a little battered from the bottom and a bit from side. Nothing much to write home about but just want to let you know. You may even contact the seller and ask if they can pack it even carefully for you which I didn't do. All in all this Fingerprint Publications version is excellent and consists of 584 pages (original has 671) these pages contain a little smaller font than the original thus fitting the book in less length. But dont worry the font is completely readable.

little_miss_chatterbox
5,0 de 5 estrelas Breathtaking
Avaliado no Reino Unido em 21 de fevereiro de 2014
Compra verificada
Crime and Punishment is set in Russia in the 1800's. It is written from the perspective of the protagonist Raskolnikov; a young student. Despite its reputation as being hard going, I found it easy to read and impossible to put down.

Due to financial hardship and circumstance Raskolnikov commits murder. Russia was economically and politically unstable at the time of writing and one of the greatest arguments in favor of socialism is that, if people were equal would crime be eliminated? Would the reason for acting criminally no longer exist? The novel spreads this message, without focusing politics as a major theme. Drawing upon the writings of Marx and Engels, Russia became Communist in 1917 under Lenin, succeeded by Stalin after Lenin's death in 1925.

As the title suggests the crime - one man murdering another and; punishment - the guilt, paranoia, mental deterioration and then incarceration are the major themes, the content of the entire novel. Other plot-lines such as romance take a significant back seat. Love does indeed suffer as a consequence of the crime, part of the punishment I guess.

A tale of love, justice, psychology and suffering; this is a wonderful read, and despite what Willy Mason says, you should read Dostoevsky at your age.
Ler mais
31 pessoas acharam isso útil
Informar abuso
Traduzir avaliação para Português

Cowardly Lion
5,0 de 5 estrelas A study in nihilistic delusion
Avaliado no Reino Unido em 12 de março de 2014
Compra verificada
In my experience, all "great" fiction works on more than one level, and continues to compel readers' attention for many decades after it was written - something I certainly found true of Crime and Punishment.

Other reviewers have said how gripping the story of Raskolnikov is. He is a psychopath of a type familiar from a thousand 20th and 21st century thrillers, in print and on screen. I could well believe that Hitchcock read this book and learned from it, because the build-up of tension is Hitchcockian.

Nabakov was not a fan of Dostoevsky, thinking him a bit of a bore and an eccentric - and not a particularly accomplished writer. Humbly, I have to disagree. As well as being a brilliant psychological drama, it's a critique of Russian society and the intellectual climate in the 1860s, just a few years after the emancipation of the serfs, when ideas like nihilism were in the air. If Raskolnikov had 'lived' 60 years later, he might have found a focus for his life in Bolshevism. Although that, as we know, might have involved him in mass-murder, or even genocide as one of Stalin's henchmen, rather than the single murder he commits in Crime and Punishment.
Ler mais
6 pessoas acharam isso útil
Informar abuso
Traduzir avaliação para Português

Alex
4,0 de 5 estrelas I think you get out what you put into it
Avaliado no Reino Unido em 26 de janeiro de 2021
Compra verificada
Sometimes in it's more reflective moments this book lost me but I think these moments were more down to my mindset at the time rather than the book itself.

There were periods I read for hours greedily shovelling it in and moments where I was bored stiff.

As someone who is just getting back into reading I would say this is hard going, but once I'm on a roll I'll probably come back to it and see if I can look at it in a new light and give it that final star.
Ler mais
1 pessoa achou isso útil
Informar abuso
Traduzir avaliação para Português
Visualizar todas as avaliações
Voltar ao início
Conheça-nos
Ganhe dinheiro conosco
Deixe-nos ajudar você
Pagamento
E não se esqueça:
© 2021-2022 Amazon.com, Inc. ou suas afiliadas