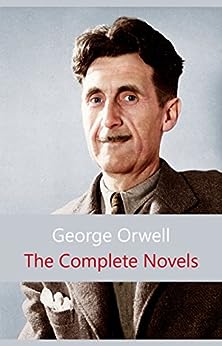 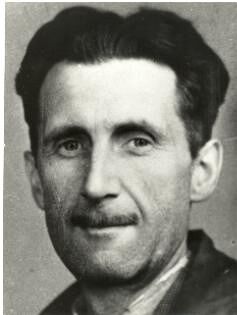 JEH
5,0 de 5 estrelas True freedom of speech
Avaliado no Reino Unido em 18 de fevereiro de 2021
Compra verificada
In this day and age when the universities, of all institutions, are panicked into suppressing true freedom of speech, reading Orwell is like opening a window on a summer's day and savouring the fresh air. Of his novels, 'Nineteen Eighty-four' and 'Animal Farm' are his most familiar titles, but how many people have actually read them? You may have been put off by the negative associations of the word 'Orwellian', but in fact his books are quite easy to read and understand, mainly because he was such an honest writer. This low-cost collection is as near as we'll ever get to giving Orwell's works away to those who've heard of him but haven't yet read him, and I strongly recommend this collection. Even if you read only the two novels I've mentioned above, you will see where we in the West may be heading, and it isn't going to be very pleasant if we're foolish enough to get there! Read these two books and, while reading them, just think of all the ways in which our once much freer society has taken on some of the characteristics of a totalitarian state: omnipresent CCTV surveillance, universities 'no-platforming' and 'cancelling' people whose point of view isn't 'correct', unashamed bias and prejudice on television. We aren't yet totalitarian, however, and the more people who take Orwell's warnings to heart, the better the chance that we'll be able to retrace our steps towards becoming a much more free and democratic society than we've turned into in the past few years. So please buy this collection and read at least the two novels that keep Orwell's name alive today.
Ler mais
1 pessoa achou isso útil
Informar abuso
Traduzir avaliação para Português

Andrew Hunter
2,0 de 5 estrelas Incomplete!
Avaliado no Reino Unido em 13 de julho de 2019
Compra verificada
Misleading title. Depends on how you define novels but it isn’t all of his long form pieces. No Homage to Catalonia, Road to Wigan Pier, or Down and Out in Paris and London. Orwell was a genius, what’s here is great but I do feel misled/cheated by the publisher.
Ler mais
12 pessoas acharam isso útil
Informar abuso
Traduzir avaliação para Português

Allan Miller
5,0 de 5 estrelas Five books in one volume at such a low price
Avaliado no Reino Unido em 17 de abril de 2019
Compra verificada
Hadn't read Orwell since my late school / college days. Recently came across a review of one of his books, and was intrigued.
Found this gem which included the reviewed novel, and also 1984, Animal Farm, and two others. I read the three in relatively quick time, and will leave the two others until later.
At such a low price, this is most definitely a book to add to any collection, which you can leave, and return to again and again.

musicfiendcouk
5,0 de 5 estrelas Social issue discussed by someone closely related to the subject. Wonderful.
Avaliado no Reino Unido em 14 de abril de 2021
Compra verificada
If, like myself you wish to revisit, or perhaps visit for the first time, this classic British author, who studied the class system in Britain - then this collection is a must. Complete with his novels, this also includes his essays on the subject and anyone, of any age will find these of interest.
On your Kindle, this makes these titles available in one place and easily accessible. Another positive for the power of your Kindle. 🙂
Ler mais
Informar abuso
Traduzir avaliação para Português

Mrs. Sarah Crabtree
5,0 de 5 estrelas THE COMPLETE NOVELS OF GEORGE ORWELL
Avaliado no Reino Unido em 8 de julho de 2019
Compra verificada
Is what it says on the tin. Am looking forward to dipping into Keep the Aspidistra Flying again, and have yet to read Coming Up For Air.
Orwell’s insight would be welcomed in these political climes, such as what he would make of traitor’s tales being sold as fiction to cash in.
Ler mais
1 pessoa achou isso útil
Informar abuso
Traduzir avaliação para Português
Visualizar todas as avaliações
Voltar ao início
Conheça-nos
Ganhe dinheiro conosco
Deixe-nos ajudá-lo
Pagamento
E não se esqueça:
© 2012-2021, Amazon.com, Inc. ou suas afiliadas