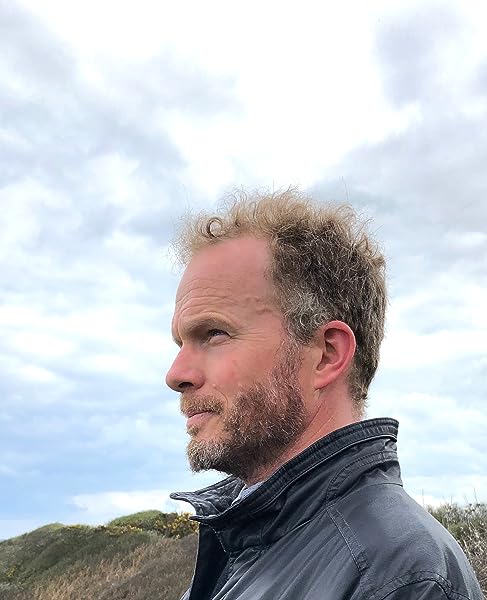 The Clojure Workshop introduces you to the world of functional programming, helping you learn how to build real-world applications in Clojure and ClojureScript, keeping best practices, high performance and scalability in mind.
Leia mais
Previous page
Next page

Joseph Fahey has been a developer for nearly two decades. He got his start in the Digital Humanities in the early 2000s. Ever since then, he has been trying to hone his skills and expand his inventory of techniques. This lead him to Common Lisp and then to Clojure when it was first introduced. As an independent developer, Joseph was able to quickly start using Clojure professionally. These days, Joseph gets to write Clojure for his day job at Empear AB.

Thomas Haratyk graduated from Lille University of Science and Technology and has been a professional programmer for nine years. After studying computer science and starting his career in France, he is now working as a consultant in London, helping start-ups develop their products and scale their platforms with Clojure, Ruby, and modern JavaScript.

Scott McCaughie lives near Glasgow, Scotland where he works as a senior Clojure developer for Previse, a Fintech startup aiming to solve the problem of slow payments in the B2B space. Having graduated from Heriot-Watt University, his first 6 years were spent building out Risk and PnL systems for JP Morgan. A fortuitous offer of a role learning and writing Clojure came up and he jumped at the chance. 5 years of coding later and it's the best career decision he's made. In his spare time, Scott is an avid reader, enjoys behavioral psychology and financial independence podcasts, and keeps fit by commuting by bike, running, climbing, hill walking, snowboarding. You get the picture!

Yehonathan Sharvit has been a software developer since 2001. He discovered functional programming in 2009. It has profoundly changed his view of programming and his coding style. He loves to share his discoveries and his expertise. He has been giving courses on Clojure and JavaScript since 2016. He holds a master's degree in Mathematics.

Konrad Szydlo has worked with Clojure for the last 7 years. Since January 2016, he has worked as a software engineer and team leader at Retailic, responsible for building a website for the biggest royalty program in Poland. Prior to this, he worked as a developer with Sky, developing e-commerce and sports applications, where he used Ruby, Java, and PHP. He is also listed in the Top 75 Datomic developers on GitHub. Konrad is a part of the Clojurian Slack community, is very interested in functional programming, and gave a Datomic Database talk at the ClojureD conference in Berlin in 2015. He also gave a talk on Creating reactive components using ClojureScript React wrappers during Lambda Days in Kraków in 2016.
Comece a ler The Clojure Workshop no seu Kindle em menos de um minuto.

Jalal Hosseini
1,0 de 5 estrelas Like other Packt books
Avaliado no Reino Unido em 5 de novembro de 2021
Compra verificada
One reviewer said that this is not like any other Packt books and, that was the reason I risked buying this book. It was such a big mistake. First of all, this book despite being published recently, doesn't cover new topics. Coverage is similar to brave book which was published back in 2012. The font is too unnecessarily big which explains its 800-page length.
It's a total waste of money like any other Packt books that I own so far.
Ler mais
Informar abuso
Traduzir avaliação para Português

Patrick R.
5,0 de 5 estrelas Good way to learn
Avaliado na França em 13 de março de 2021
Compra verificada
Exemples and exercices are clear and concise, the tone is light but serious and the authors hold your hands concepts after concepts until you are able to write your own programs. Once you finish this book you can actually code Clojure programs and understand most other more theoretical books about Clojure/FP. Clojure is definitely for experienced programmers but this book makes it approachable.
Ler mais
Informar abuso
Traduzir avaliação para Português

R. B. Calco
4,0 de 5 estrelas Excellent technical content, but ...
Avaliado nos Estados Unidos em 14 de agosto de 2020
Compra verificada
I have perused all 800+ pages and can attest that, as Packt books go, the technical content and even the layout of the book is excellent. I say "as Packt books go" because from my experience they are very hit or miss---usually miss---when it comes to quality. This book is a hit. Here the content is arranged logically, progressively and laid out cleanly and thoughtfully. The writing style is good and the extended examples are non-trivial. The "workbook" style is great and I wish I had it around when I first got into Clojure, five years ago. The reason why I give it 4 and not 5 stars is just that the ink quality on the cheaper paper (specifically the light-grey background to source code samples) mildly annoyed me.

The only real problem I have is that it comes with some unexpected advertising. I almost gave the book 3 stars for this alone, but decided not to punish the authors and editors who did good work. This is on the publisher, who apparently needed the money (which is its own punishment, I guess). The advertising comes in the form of the first 20 or so pages of the book being a sample of an out-of-print book from some esoteric bookshop called Kessinger Publishing. In this case, it was chapter 5 from an old book I guess from the last century that purports to prove that the Bible is in fact an Irish, not a Hebrew, book. Apparently, the Irish were in Egypt and their spiritual influence was in fact the foundation of everything in the Scriptures since. Anyway, despite the fact I actually enjoy crazy sh*t like this (reminded me of the main characters of "Foucault's Pendulum" by Umberto Eco), it was quite a strange first impression to open the cover of the book and see the first inside page read: "How the Bible is an Irish Book Altered and Adapted by British-Roman Transcribers, by Conor MacDari." It took me a moment to realize this was a free sample, and worth every penny.

The "Look Inside" feature of Amazon does not include this in the sample, I suppose because they actually want to sell the book.

Anyway - I highly recommend all but the first 20 pages of this tome, which otherwise should be required reading for newbies to the Clojure language. :-)
Ler mais
10 pessoas acharam isso útil
Informar abuso
Traduzir avaliação para Português

Viswa Viswanathan
5,0 de 5 estrelas Excellent book -- ideal for learning by doing
Avaliado nos Estados Unidos em 28 de abril de 2020
Compra verificada
It is one thing to write a book that explains the important concepts well and quite another to create a book that explains well AND ALSO gives the reader well-designed tasks that allow the reader to test their understanding and to solidify and deepen their understanding. The authors have done a superlative job of both of these aspects. The "Exercises" (guided labs that lead the learner through important concepts) and the "Activities" that challenge the learner to use the skills they earned) are all well-designed.

Most of us can learn only by immersing ourselves in the subject matter, but most books (even good ones) do not provide enough opportunities for that to happen and the net effect that that many readers are unable to progress from understanding the ideas into the practical realm. I found this book to be outstanding in this regard.

Despite its intent to teach the topic from scratch and in depth -- which can be conflicting objectives, the book is thorough and successful in it goals. It takes the reader all the way to topics like testing, web applications, Clojurescript and Reagent.

Although I have not finished the book yet, I believe that I will be ready to take on real projects right after I finish this book.