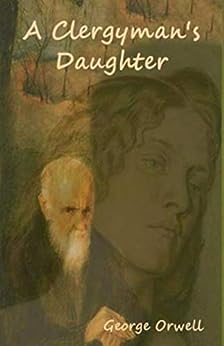 D. Morris
5,0 de 5 estrelas A powerful story with humanity and empathy
Avaliado no Reino Unido em 7 de setembro de 2020
Compra verificada
Orwell himself didn't think much of the novel, describing it as "a silly potboiler" that he regretted having written. I have to disagree. It's a quietly powerful account of an overwrought life disintegrating and being rebuilt. The section with the voices in Trafalgar Square (the start of chapter three, at the midpoint of the book) is brilliantly carried off, and is an inspired way to show the complete alienness of the world Dorothy now finds herself in. The writing is, naturally, superb and the humanity and empathy of the author shine through in exactly the way that Dorothy feels she ought to, but fails to, discern the presence of her God.
Ler mais
4 pessoas acharam isso útil
Informar abuso
Traduzir avaliação para Português

T. Theakston
4,0 de 5 estrelas Don't be put off by the reputation - vintage Orwell
Avaliado no Reino Unido em 1 de maio de 2011
Compra verificada
Despite its bad press (even Orwell himself didn't like it), 'A Clergyman's Daughter' is well worth a read.

If it was by a lesser author it would probably have a much stronger reputation than it does. As it is, yes it definitely is the weakest of his novels, but as an evocative panorama of life below-the-breadline in depression-era England it is fantastic. A lot of the scenarios (hop-picking in Kent; homeless in Trafalgar Square) will be familiar to anyone who's read Orwell's diaries or some of his essays, but alongside the unforgettable school-teaching scenes and the brilliant descriptions of life in a small, petty, curtain-twitching village, the book as whole is as good as any account I've read of what it was like to be on the fringes of society and struggling for money in the early '30s.

The general criticisms of the novel are all entirely valid. Dorothy's amnesia is never properly explained; the hop-picking scenes are too descriptive and close to Orwell's reportage diaries of his time doing this; and the 'experimental' scenes around Trafalgar Square get rather annoying and skippable after the first couple of pages; BUT, if you go into the novel, as I did, prepared for these things, then they really don't matter, and didn't mar my enjoyment of it as a whole. What was good was VERY good, enough so to make up for the weaknesses. In particular I think the chapter of the book in which Dorothy becomes a school-teacher ranks up there with anything Orwell wrote, especially in his characterisation of the detestable Mrs Creevy and the way he describes the gradual disintegration of Dorothy's initial enthusiasm and promise.

I tend to be very nostalgic and sentimental about inter-war England (the beautiful monochrome photos of Bill Brandt, the booze-soaked melancholy of Patrick Hamilton....), but novels like this one, alongside 'Keep the Aspidistra Flying' and 'Coming Up For Air', are reminders of just how grim life was for probably the vast majority of people at this time. I would actually recommend considering these three novels as a sort of Orwellian '30s triptych, and think that read in order of publication (Daughter; Aspidistra; Air) they will each work best both as novels and as unforgettable historical documents. The looming threat of the Second World War is almost pysically tangible as they go on, a shadow crossing the landscape of these books, getting darker and heavier right the way through...

So don't be wary about trying this one. I was put off for ages because of its reputation, but am glad I eventually took the plunge. If you're interested in Orwell, or in the '30s generally, it is a must-read.

GranR
5,0 de 5 estrelas A must-read.
Avaliado no Reino Unido em 17 de março de 2021
Compra verificada
A perceptive account of the fate of so many women left single in the days when all they could expect and hope for was marriage. Nowadays this reads like a historical document - Orwell’s ability to record the bleakness of early 20th C life for many is unparalleled, his observations on social hierarchies and power are unrivaled.
Ler mais
Informar abuso
Traduzir avaliação para Português

John Moseley
4,0 de 5 estrelas At least it's Orwell...
Avaliado no Reino Unido em 29 de novembro de 2011
Compra verificada
The 'Note on the Text' for this edition tells us that Orwell regarded his second novel as a 'silly potboiler', but goes on to remind us he was similarly disparaging in describing Animal Farm as 'a little squib'. Clearly like most great writers, Orwell was one of his harshest critics. Without doubt A Clergyman's Daughter is not Orwell at his very best and the rather simplistic plot and over-romanticised resolution are no match for his later masterworks. But then again, this was only his second novel, so what we get is something of the artist learning his craft. And there are some classic Orwell themes here to be savoured, such as the oppression of the middle-classes, the struggle for individuality, the thorny issue of money and how liberating or crushingly confining an individual's access to it can be, and of course, the brilliantly vivid descriptions of real poverty and grubby privation.

You might gain most from A Clerygman's Daughter if you have read his more celebrated works first. In that case, it may just appease your appetite for more from one of England's very finest novelists. It's not his best work, but it's still Orwell.
Ler mais
2 pessoas acharam isso útil
Informar abuso
Traduzir avaliação para Português