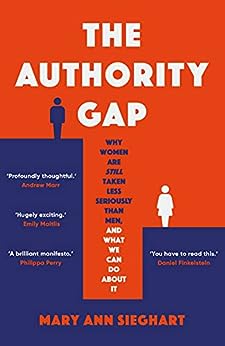 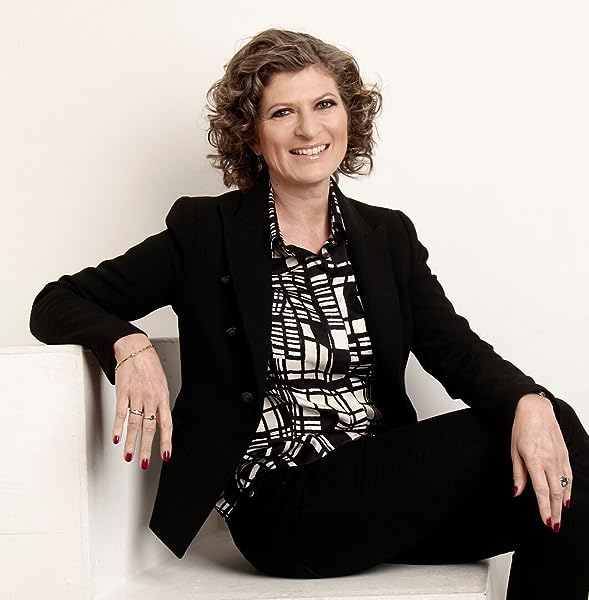 The Authority Gap: Why women are still taken less seriously than men, and what we can do about it (English Edition) eBook Kindle

Every woman has a story of being underestimated, ignored, challenged, or patronized in the workplace. Maybe she tried to speak up in a meeting, only to be talked over by male colleagues. Or a client addressed her male subordinate instead of her. Despite the progress we've made toward equality, we still fail, more often than we might realize, to take women as seriously as men.

In The Authority Gap, journalist Mary Ann Sieghart examines the wide-ranging implications of this critical gender bias. She explores its intersections with race and class biases and the measures we can take to bridge the gap. With precision and insight, she marshals a wealth of data from a variety of disciplines--including psychology, sociology, politics, and business--and interviews pioneering women like Booker Prize winner Bernardine Evaristo and Janet Yellen. The Authority Gap offers a "a credible roadmap that is capable of taking women from the margins to the center" (Mary McAleese, former president of Ireland).

Mary Ann Sieghart is a London-based journalist and broadcaster who has worked for the Times, the Independent, the Economist, the Financial Times, and the BBC. She researched this book as a Visiting Fellow of All Souls College, University of Oxford. --Este texto se refere à uma edição alternativa kindle_edition

Cm Dfms Brown
5,0 de 5 estrelas Impressive and rather disturbing
Avaliado no Reino Unido em 18 de agosto de 2021
Compra verificada
I am a white, middle class, educated male who would have probably dismissed Mary Ann Sieghart's proposition, had she told me about it before writing this book, as somewhat paranoid, exaggerated ... surely our generation has moved on from the era of prejudice against women, undervaluing them? Her disturbing but very valuable book has shown me that much of the problem is cultural-historical. Our behaviour seldom derives from an objective analysis of our own ingrained attitudes; how can it?. We grow up influenced by behaviour and received opinions which we do not stop to analyse. Why would we? This book tells us why we should, with a mass of fascinating detail derived from a year or more of research (I have never seen such a long bibliography, and I used to be a publisher) and interviews with an astonishing range of influential and successful women. In my publishing days I might have tried to reduce a little some of the lists of quotations but they are all telling, and do add to the argument. Her advice on how we can change things should probably be included in the national curriculum.
Ler mais
8 pessoas acharam isso útil
Informar abuso
Traduzir avaliação para Português

Liz Hodgkinson
5,0 de 5 estrelas A compelling read for both men and women
Avaliado no Reino Unido em 13 de julho de 2021
Compra verificada
Anybody who wants to understand just why women continue to be taken less seriously than men, in spite of decades of feminism and women making huge strides in public life, must read this book. It is a cool, measured analysis of why women's voices and opinions continue to carry less authority than men's, even today when a woman prime minister or head of state is no longer such an oddity. All the arguments are backed up by impeccable and impressive research, along with testimonies from leading women in their fields. I was also pleased that the author includes a chapter on trans people, who have had direct experience of living both as men and as women. Their stories are perhaps the most telling of all. Although a weighty tome in more ways than one, this book is also an easy, pleasurable read, and makes a huge contribution to one of the most important issues of our time. Very highly recommended.
Ler mais
6 pessoas acharam isso útil
Informar abuso
Traduzir avaliação para Português

Peter A.H.
5,0 de 5 estrelas Very substantial, easy to read, important.
Avaliado no Reino Unido em 3 de agosto de 2021
Compra verificada
If females appreciate the backing this book gives to what they often knew already, there was more novelty for this male reader. I was left not only seething but cringing.

There is far too much presented to be brushed aside, and this is achieved in two complementary ways. The first is frequent (but light-touch) citation to academic research. The second is first-hand testimony from dozens of women, some very famous, mostly from interviews specifically for the book. This makes for reading that is lively and vivid at every stage, while also being closely argued and laced with references than can be followed up -- academic, journalistic, etc.

In a crowded field, the most shocking chapter is the penultimate, which samples the violent sexual threats directed at those who 'dare to have an opinion and a vagina.' Even if such stuff is the work of troubled souls fringe to society, the same can't be said, a few pages on, for how "the radicalization of teenage boys, which started only in the late 2010s," is becoming mainstream in many schools. Reference here isn't to Islamic extremism, as is already monitored, but to online channels "breeding in boys a dehumanization of their female peers." High time this was picked up on.

One could nitpick, but overall this is a book both substantial and easy to read. If you have chosen to do so and are male, then you may not be the type who most needs to. Even if that's so, you will surely discover the 'authority gap' remains worse, with more you should be calling out, than ever imagined. And actually that aspects of social media may be pushing back the clock.

M. Davies
2,0 de 5 estrelas Nothing new.
Avaliado no Reino Unido em 24 de agosto de 2021
Compra verificada
I was born in 1946 and every woman knows about inequality none more so than my mother's generation when world war 2 affected young women negatively because of losses of young men in the armed forces. Divorce was practically non existent. I started and ran 3 successful businesses and still did all the domestic and child rearing duties. This book is filled with anecdotes about how undervalued most women are (which all women already knew). I didn't agree about schools organising girls only sessions in the computer room. Stereotyping boys and men isn't going to solve anything. Girls are at least as capable as boys with anything IT related. The focus of this tiresome book is mainly on career orientated women who depend on employers for advancement. Be self employed for real advancement. My own advice to women is to get a driving licence, don't change your name if you marry, keep finances separate and preferably hang onto your own home. In other words, be self sufficient and independent. You'll absolutely get more respect by taking charge of your life.
Ler mais
4 pessoas acharam isso útil
Informar abuso
Traduzir avaliação para Português

Amazon Customer
5,0 de 5 estrelas Read it now; then make everyone you know read it!
Avaliado no Reino Unido em 17 de julho de 2021
Compra verificada
Fantastic book written is such an engaging way that my husband had to ask why I was constantly grinning or eye rolling as I read it… it makes you mad as hell but at the same time so in awe of the amazing women who feature in it. And also so determined to make changes, women deserve better! Read this book now!!
Ler mais
5 pessoas acharam isso útil
Informar abuso
Traduzir avaliação para Português
Visualizar todas as avaliações
Voltar ao início
Conheça-nos
Ganhe dinheiro conosco
Deixe-nos ajudá-lo
Pagamento
E não se esqueça:
© 2012-2021, Amazon.com, Inc. ou suas afiliadas