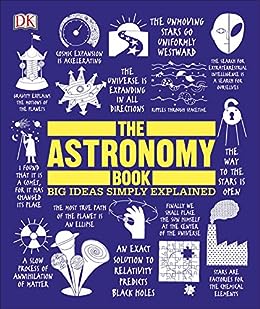 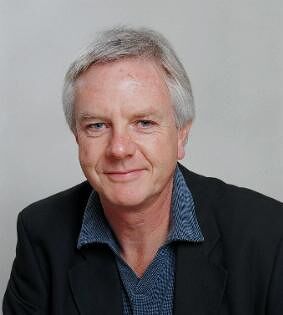 Since the dawn of humankind, people have looked upward to the heavens and tried to understand them. This encyclopedia takes you on an expedition through time and space to discover our place in the universe.

We invite you to take a journey through the wonders of the universe. Explore the cosmos, from planets to black holes, the Big Bang, and everything in-between!


Get ready to discover the story of the universe one page at a time! This educational book for young adults will launch you on a wild trip through the cosmos and the incredible discoveries throughout history.

Filled to the brim with beautifully illustrated flowcharts, graphics, and jargon-free language, The Astronomy Book breaks down hard-to-grasp concepts to guide you in understanding almost 100 big astronomical ideas.

How do we measure the universe? Where is the event horizon? What is dark matter? Now you can find out all the answers to these questions and so much more in this inquisitive book about our universe!

Using incredibly clever visual learning devices like step-by-step diagrams, you'll learn more about captivating topics from the Copernican Revolution. Dive into the mind-boggling theories of recent science in a user-friendly format that makes the information easy to follow.

Explore the biographies, theories, and discoveries of key astronomers through the ages such as Ptolemy, Galileo, Newton, Hubble, and Hawking.

To infinity and beyond! Journey through space and time with us:

With over 7 million copies sold worldwide to date, The Astronomy Book is part of the award-winning Big Ideas Simply Explained series from DK Books. It uses innovative graphics along with engaging writing to make complex subjects easier to understand.

﻿Embark on a tour of the world's greatest artistic movements and works, from prehistoric cave paintings to performance art with The Art Book, the latest in the stunning Big Ideas series.
The Art Book explores the most celebrated artworks by history's most influential painters, sculptors, and artists with stunning visuals and insightful quotes. Discover profiles of the most important artists from across the globe, stretching from the prehistoric Altamira cave paintings and Chinese jade carvings to movements including impressionism, symbolism, and cubism.
Understand the ideas which inspired masterpieces by Botticelli, Rembrandt, Klimt, Matisse, Picasso, and dozens more, with The Art Book's fascinating coverage of painting, drawing, printing, sculpture, conceptual art, and performance art, from ancient history to the modern day.
--Este texto se refere à uma edição alternativa kindle_edition

DK was founded in London in 1974 and is now the world leading illustrated reference publisher and a member of the Penguin Random House division of Bertelsmann. DK publishes highly visual, photographic non-fiction for adults and children. DK produces content for consumers in over 100 countries and over 60 languages, with offices in the UK, India, US, Germany, China, Canada, Spain and Australia.

DK's aim is to inspire, educate and entertain readers of all ages, and everything DK publishes, whether print or digital, embodies the unique DK design approach. DK brings unrivaled clarity to a wide range of topics, with a unique combination of words and pictures, put together to spectacular effect. We have a reputation for innovation in design for both print and digital products.

DK’s extensive children’s list showcases a fantastic store of information for children, toddlers and babies. DK covers everything from animals and the human body, to homework help and craft activities, together with an impressive list of licensing titles, including the best-selling LEGO® books.

DK acts as the parent company for Alpha Books, publisher of the Idiot's Guides series.

J. L. Sievert
5,0 de 5 estrelas Homecoming
Avaliado no Reino Unido em 22 de setembro de 2018
Compra verificada
We are living through a portion of time on the cosmic calendar called the Stelliferous Age — the Age of Stars (which began more than 13 billion years ago). Stars produce energy in the form of light, heat and warmth. They also double as chemical factories, laboratories for stirring and mixing the elements, the birthplace of life, or the place where life’s ingredients are made. So when the Stelliferous Age passes (some 100 trillion years hence), life will too. A famous book says there is a season to everything. The season for life and living is now.

Yet we inhabit a tiny portion of cosmic real estate in the visible universe, an area whose dimensions encompass only five percent of the cosmos. That portion looks boundlessly immense to us — so immense that no one can properly picture it mentally. Yet most of the universe, roughly 95 percent, is totally unknown, as we haven’t yet solved the puzzle and paradox of how to see the invisible. Even so, not knowing its composition and properties, we can gauge its impact on the visible universe through gravity, observing the effects of light as it bends through spacetime. We know this strange world is there and that it’s extremely powerful.

The laws of physics, including those of thermodynamics, say inertia in the form entropy should be slowing the speed of our expanding universe, still growing 13.8 billion years after creation in the form of the Big Bang. But it isn’t slowing down. In fact, quite the opposite: it’s accelerating. How can this be?

The answer is dark matter and dark energy, vague labels for properties or qualities of reality we do not understand. Yes, we know little about our cosmic home, yet we know more now than our ancestors who preceded us over thousands of generations. We live in a great age of discovery, or at least one great to us, although the age may look like one of ignorance and superstition thousands of years from now if our descendants and their developing technologies are still here. They will be the ones to decode the composition and properties of dark matter and dark energy, each of which respectively makes up roughly 25 and 70 percent of the universe.

These ideas and many other fascinating ones are contained in this wonderful new book (2017) produced by DK Publishing in London. “The Astronomy Book” is part of a series DK is calling “Big Ideas Simply Explained”. Many people are probably thankful for this series, myself included. As such, the volume at hand here is a collection of knowledge that can teach one much about our cosmic home.

The final section is the most recent of course (and perhaps most fascinating). A few of its subsections are: “Most of the Universe is missing (Dark matter)”; “Stars form from the inside out (inside giant molecular clouds)”; “Wrinkles in time (Observing the CMB)” — cosmic microwave background noise, echoes of the Big Bang; “Cosmic expansion is accelerating (Dark energy)”; and “Ripples through spacetime (Gravitational waves)”.

Each section is laid out simply with an easy-to-follow, eye-pleasing design that includes “In Context” sidebars; quotations from famous astronomers; colourful graphics, diagrams, illustrations; very little math and complicated equations; brief sidebar biographies of astronomers; and a “See Also” reference guide at the bottom of many pages, directing the reader to additional, relevant material by subject heading and page numbers.

Reference sections at the end of the book include a Directory of famous or influential astronomers (laid out chronologically), a Glossary of important terms, an Index, and an Acknowledgements page for editorial assistance and photo credits.

This isn’t a book to be read in one go, just as the night sky does not invite one long, sustained glance. Instead, it’s one to return to time and again as certain ideas and questions arise in the mind. The best questions usually begin with ‘How’. This is the basis or foundation of science. Then many ‘w’ questions may follow: ‘what’, “when’, ‘where’, ‘who’, ‘why’. It’s a primer for understanding home, your place in the cosmos: what this place is, where it came from, how and why it’s here, how you and life could ever come to be. So naturally it’s philosophical as well, as many of the best questions we ask ourselves are. We want to know things. Why? Science tries to answer this question too by studying the structure and evolution of the human brain. It’s part of our Faustian pact with the universe. It made us — or allowed us to become — thinking reeds, as Pascal loved to say.

We are wanderers, nomads, explorers on a long journey out of Africa, a journey that has now taken us intellectually to the heavens and stars in our desire to emotionally go home, retracing our steps to our birthplace. In a way, life is exactly this — one long homecoming, coming to terms with who you are and where you come from. This book, a wonderful thing, will hold your hand on the journey back through time.

Amazon Customer
4,0 de 5 estrelas Beautiful book, bit tricky for children
Avaliado no Reino Unido em 26 de agosto de 2019
Compra verificada
Beautiful book, full to the brim with everything you need to know.
I bought this for my 11 year old son, but he did struggle with some of the words, and understanding some of the text. So now we are reading it together.
Great book, but quite hard for children to understand on their own.
Ler mais
7 pessoas acharam isso útil
Informar abuso
Traduzir avaliação para Português

akhlakur rahman
5,0 de 5 estrelas Very interesting for me, as a 10 year old
Avaliado no Reino Unido em 26 de abril de 2021
Compra verificada
I found this book to be very interesting amd informative, and recommend it if you have interests in space. From geocentricity to the theory of relativity, this book houses much information which could possibly even inspire others like myself. Overall, this is a very good book and I would recommend it for all ages, though if you're younger, having a parent or dictionary by your side will help you understand it.
Ler mais
2 pessoas acharam isso útil
Informar abuso
Traduzir avaliação para Português

J Jordan
5,0 de 5 estrelas Great quality, clear and concise suitable for adults and children
Avaliado no Reino Unido em 4 de outubro de 2020
Compra verificada
Great quality book that arrived promptly. Bought for my husband along with a monthly star gazing book. It was the perfect companion. My husband is intreiged by the stars and does know some information. This book was perfect for deepening his understanding without getting too complex. The illustrations are fabulous too. Overall the book is very information and keeps the reader interested by all the facts and information without being too scientific. Perfext for older children and adults alike.
Ler mais
1 pessoa achou isso útil
Informar abuso
Traduzir avaliação para Português
Visualizar todas as avaliações
Voltar ao início
Conheça-nos
Ganhe dinheiro conosco
Deixe-nos ajudá-lo
Pagamento
E não se esqueça:
© 2012-2021, Amazon.com, Inc. ou suas afiliadas