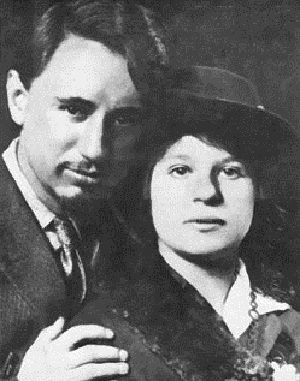 The Age of Napoleon, the eleventh and final volume of the Story of Civilization, surveys the amazing chain of events that wrenched Europe out of the Enlightenment and into the age of democracy. In this masterful work, listeners will encounter

the French Revolution-from the storming of the Bastille to the guillotining of the king; the revolution's leaders Danton, Desmoulins, Robespierre, Saint-Just-all cut down by the reign of terror they inaugurated; Napoleon's meteoric rise-from provincial Corsican military student to emperor and commander of the largest army in history; Napoleon's fall-his army's destruction in the snows of Russia, his exile to Elba, his escape and reconquest of the throne, and his ultimate defeat at Waterloo by the combined forces of Europe; the birth of Romanticism and the dawning of a new age of active democracy and a rising middle class, laying the foundation for a new era.
Leia mais
Previous page
Next page

Will Durant (1885-1981) was an award-winning American writer, historian, and philosopher. He and his wife were awarded the Pulitzer Prize for General Nonfiction in 1968 for Rousseau and Revolution, and he was a recipient of the Presidential Medal of Freedom. Durant spent over forty years writing the critically acclaimed eleven-volume Story of Civilization, the later volumes with the help of his wife, Ariel. He sought to revitalize history by unifying and humanizing the great body of historical knowledge, which had become voluminous and fragmented into esoteric subcategories. He also strove to bring philosophy to the common man. Durant was a champion of human rights, social reform, and the brotherhood of man long before they became well-known issues.

Ariel Durant (1898-1981) was a Russian-born American researcher and writer and the coauthor of the eleven-volume Story of Civilization with her husband Will Durant. Ariel and Will Durant were jointly awarded the Pulitzer Prize for General Nonfiction in 1968 and the Presidential Medal of Freedom in 1977. Ariel was named the 1977 Woman of the Year by the city of Los Angeles.

B.N.Gururaj
4,0 de 5 estrelas Monumental work
Avaliado na Índia em 30 de maio de 2019
Compra verificada
I bought a used book. It is in surprisingly good condition. About the quality and content of the book, as a lay reader, I can only marvel at the vast learning and scholarship of Profs.Will Durant and Aerial Durant. I am glad that I could buy these scarce volumes.
Ler mais
3 pessoas acharam isso útil
Informar abuso
Traduzir avaliação para Português

A Musician in Training
5,0 de 5 estrelas "A liberal education"
Avaliado no Canadá em 24 de março de 2013
Compra verificada
I have not yet read this book, but I am reading the series. My plan is to finish the entire 11 volume series. One might think 11 volumes is a big deal, but in reality as one reads one reads about the Persian Empire, or Greece, one is almost tempted to put down Durant and read an 11 volume series dedicated to just the persian empire. This is to say that in reality 11 volumes is the shortest length one could ask for to get a "liberal" grasp of history.
Ler mais
Informar abuso
Traduzir avaliação para Português