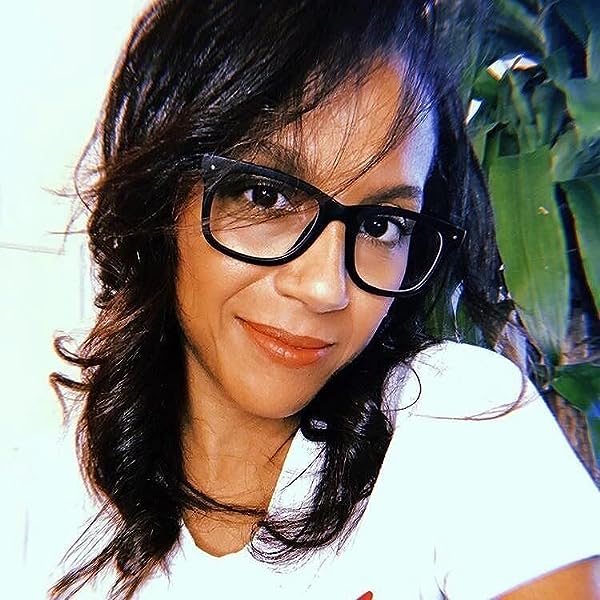 Tia Williams had a fifteen-year career as a beauty editor for magazines including Elle, Glamour, Lucky, TeenPeople, and Essence. In 2004, she pioneered the beauty blog industry with her award-winning site, Shake Your Beauty. She wrote the bestselling debut novel, The Accidental Diva, and penned two young adult novels: It Chicks, and Sixteen Candles.  Her novel, the award-winning The Perfect Find, will be adapted into a Netflix film starring Gabrielle Union. Tia is currently an Editorial Director at Estee Lauder Companies, and lives with her daughter and husband in Brooklyn.
Comece a ler The Accidental Diva (English Edition) no seu Kindle em menos de um minuto.

S.G.
5,0 de 5 estrelas Love it
Avaliado na Alemanha em 9 de setembro de 2013
Compra verificada
It was hard to put the book down. Such a fun and sexy read. Recommended it to a friend of mine and she also loves it.
Ler mais
Informar abuso
Traduzir avaliação para Português

Kharabella
4,0 de 5 estrelas A Pleasurable Read, but Nothing "Accidental"
Avaliado nos Estados Unidos em 30 de março de 2005
Compra verificada
This fun, quick read is about life and romance of Billie Burke, a 26-year old African American woman working at a major fashion magazine as a beauty editor. She is "fabulous" (meaning fashionable and attractive) and very successful at what she does, even though she has never been in love and hasn't had sex in five years. When she meets the up and coming writer Jay Lane, she falls instantly in love. But the ride is a little bumpy, and she has to learn how to balance her consuming love for this man from the other side of the tracks (and a tragic, troubled past) with having her own life and fulfilling her own responsibilities. She falters, but she eventually begins to figure it all out.

Tia Williams first book was a good, fun read. Her writing is clear and funny, the characters are thoroughly likeable, and the story was well developed and thorough. If it weren't for the almost random and porn-like sex scene on page 59 (and another one towards the end), and the constant celebrity name dropping, I don't think I would have a single complaint.

Here's the thing: I actually read magazines like the one that Billie works for in the book, including the several magazines that Tia Williams has worked for over the years. (I have been a Tia Williams fan myself, admiring her work in the otherwise whitebread world of the fashion industry.) I have been following the fabulous lives of supermodels and various beautiful people since I was in eighth grade. I spend plenty of time as the only fabulous black girl hanging out with fabulous white folks who sometimes make strange comments. I do air kiss my girlfriends, I can picture the Fendi and Coach bags that they carry, and I am thoroughly addicted to lip gloss. Thank goodness for that, because otherwise, the name dropping and industry references and conversations would have been totally lost on me. Either that, or totally annoying. I would not recommend this book to anyone who does not enjoy reading Elle, Vogue and the like.

And while I generally liked and admired Billie's character, I found some of her behavior a little strange. Maybe unbelievable. For instance, that a girl who had never been in love, hadn't had sex for five years, and who was described as intelligent, nerdy, careful, and practical, would suddenly get naked in the back seat of a taxi with a man that she had just met. Huh? I have no problems with "wild and wanton," but the rest of Billie Burke just does not fit with the wild, sex-crazed woman in these scenes.

Overall, the book was a fun read. It was well-written had a lot of funny and clever dialogue. The characters and the scenes did come to life. And if high fashion and air kisses don't annoy you, I think you'll enjoy this book, too.

LOCKSIE
4,0 de 5 estrelas Diva?
Avaliado nos Estados Unidos em 12 de setembro de 2004
Compra verificada
This story is about a beauty editor Billie Burke an African American girl who works in a mosly white industry. She frequently attends beauty parties where the in-crowed hang out. She has never been in love and has not had sex in five years! She meets Jay Lane an ex hustler turned writer/performer, both are from different backgrounds, she a suburbanite and he is from the streets. When they meet he rocks her world! and she can no longer concetrate on writing her articles and meeting her deadlines. They say opposites attract...but attract what? secrets and lies?

Read the book and find out. A very slow start to the book but it soon picks up the pace. We get a good inside look at the beauty industry with all the "air kissing". The author Tia Williams did a superb job with the character Jay Lane"s background I felt Jay was a strong character we could all fall in love with. Maybe Tia should consider writing another story about him. Pandora/Tammy is the girl from Jay's past who is secretly in love with him and the poor guy is too blind to see it! Tia Williams expertise in the beauty industry has proved to be an asset in her writing of this story.
Ler mais
3 pessoas acharam isso útil
Informar abuso
Traduzir avaliação para Português

Dana Y. Bowles
5,0 de 5 estrelas COMPLETELY ENJOYABLE!!!!
Avaliado nos Estados Unidos em 3 de abril de 2005
Compra verificada
First rate novel starring Billie Burke--a gorgeous young African-American beauty editor for Du Jour, the hottest magazine in the industry. Naive Billy hasn't had a substantial relationship in five years....she's living vicariously through the tumultuous love lives of her friends Renee and Vida, both fabulously successful in their own right. Then she meets gorgeous thug-turned-performer Jay Lane--and falls immediately in love. But Jay has a history that Billie may not be able to understand--and an exceedingly close relationship with a woman whose life he completely turned around. Will the passion and love be enough for the couple? Or will their relationship be a casualty of their many differences?

Ms. Williams has penned a novel with upbeat and fresh dialogue, humor, and that is just downright fun. I love the writing style.